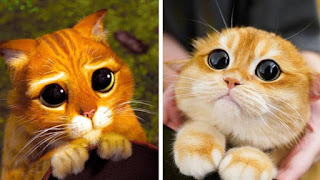 People ask me how I am doing.

The official answer is that I am doing a bit better every day.

Which is true, but raises a question:

How do we measure the progress of healing?

( TRIGGER WARNING! The following descriptions are of a medical nature, and may be disturbing to anyone with an idealized impression of the author.  Even though he barely hides behind a flimsy pseudonym, he is far from the sensitive soul you imagine him to be.  He is, in fact, much more sensitive.)

Recently I went to the doctor, as the leg with the scar had an infection.  He said that is  a common situation with the harvest leg.

His words, my italics. The harvest leg is the leg which the surgeon designates to harvest the veins from, to graft onto your heart in a coronary artery bypass graft, aka what they call the Cabbage procedure, aka bypass surgery.

I had not heard that phrase prior to that visit, more than two months after my surgery.

The following abstract used without permission is from

Abstract: Coronary artery bypass grafting is a commonly performed surgery worldwide that gives good results. Great saphenous vein is used as a conduit for bypass in over 95% cases. The harvesting technique has remained unchanged over the years. However, wound complications from harvesting the great saphenous vein by open method can be a major source of postoperative morbidity. With the objective of preventing major complications, identification of risk factors for saphenous vein harvest site infection is important. It is imperative to develop approaches that prevent infection and to allow for early recognition of patients who are at high risk and who may need more watchful monitoring so as to prevent development of wound complications. It is desirable to assess the patient completely, delineate the anatomy of peripheral vessels particularly in a patient with associated peripheral vascular disease, identify the best site to perform the saphenous vein harvest incision, employ a meticulous surgical technique, recognize complications early, and start the recommended treatment without delay. The aim of this paper is to identify the risk factors for saphenous vein harvest site complications and their identification, prevention, and management.

The first picture was days after surgery. The incision was very clean and was not overly painful, even though it was a fairly significant scar.  The subsequent photo is after 6 weeks, and the third photo was taken this morning.
My infection was minor and healed quickly with the round of antibiotics that my doctor prescribed.
1. 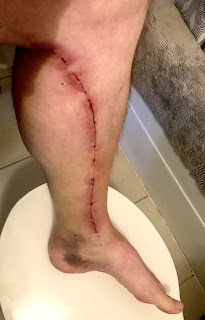 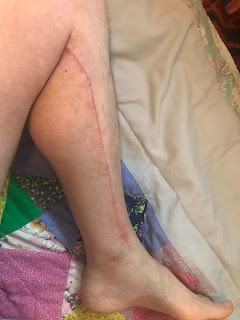 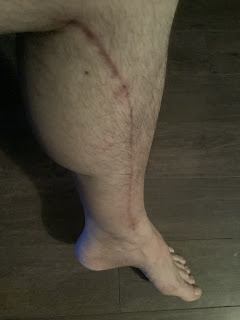 .
The third picture inaccurately makes my leg, my harvest leg, appear larger than it actually is.
My chief complaint from the harvest leg is circulation issues, i.e. cold feet, popsicle toes, “ phantom pains” in my ankle and shin area.  The minor discomfort I am experiencing in the designated harvest leg is insignificant compared to the service that the harvest provided to my heart, which truth be told is most appreciative of the sacrifice made by said harvest leg.
It must be noted that my chest also sacrificed some arterial material for the greater good during the operation.
Still the harvest leg would like it known that it was the”great saphenous vein” that was sacrificed, no minor feat, no matter how cold the feet would become.
Cold feet is often used as an expression of lack of nerve, as in having cold feet.  The nerves in my feet would like it to be known that they do not lack nerve, which is proven by the pain experienced, exacerbated by the relative low temperature of the feet, or should we more accurately describe as a lack of temperature.
My mouth would also like me to mention, as it lacks its own voice, that it provided the first gift of inter body transfer, back in my teens, when they transplanted one bicuspid on the left side of the mouth to the right side to balance out the shortage of teeth on that side.
The official dental historian would also like it stated that the host was born with less teeth than “normal” people, and that even though the left bicuspid generously gave of itself to relocate to the right side, said host later lost the tooth after being punched in the face, in a late night punk rock assault, resulting in the death of said bicuspid, and it’s subsequent removal.  Left Bicuspid RIP
Somehow it is always the left side giving to the right.  My left testicle would also like it known that they experienced great indignity ( and a skillful incision) when a hydrocele was removed after a swollen performance.  The left testicle gained subsequent revenge by creating an equally swell spermatacele, thereby continuing the dominance over the relatively puny right testicle. I will refrain from including photographic evidence.
I am pretty sure that all of this qualifies as TMI - too much information, but I am compelled by the rules of blog self confession to proceed, with caution of course, much caution, and due process, not to mention habeas corpus.
For some reason only the mind can answer for (good luck getting any accountability from that organ) I am reminded of the poem Eletelephony:
Eletelephony

I fear I better drop the song