VDOC- Rock Against Prisons March 9 2010- Back to the Future

We're going to go way back, back, back, back in the way back machine, Sherman.  The time was 1979.
The place was the Ukrainian Hall in Vancouver BC.  The event was called Rock Against Prisons.  The bands were Female Hands, the Zellots, the Devices, AKA, Tunnel Canary, Rabid, and the Subhumans.
Recorded for time by video artist Doreen Grey.
I see this is an early version of AKA with the beautiful Tommy Wong on keyboards, the two Warrens (Ash and Hunter), Alex Varty and myself, dense milt.
The songs still not quite fleshed out.  But still they danced.  On stage even.  I wore a pink vintage shirt which still hangs in my closet.  Doesn't fit me anymore, but it hangs there as a reminder.  Of thinner days of idealism, anger, and adventure.   My kangaroo Tony Lamas cowboy boots.  Long gone with all the other cowboy boots.
Seven bands representing the full spectrum of Vancouver Punk Art Music.  On the punk side, the Rabid, the Subhumans, Devices and Zellots.  On the wild art side, AKA and Tunnel Canary.  Bridging the two realities, the inventive power pop punk Female Hands.
This was the night I first went home with my wife of 31 years.  We have celebrated this night for many years, and not out of any kind of political activism.
Vancouver scene was a strange brew of activist politics, rage, melodicism, art and influences.  There were the bands influenced by England, and those influenced by New York, and those influenced by LA, and that special Vancouver magic that held it all together.
Posted by dense milt at 1:05 PM No comments: 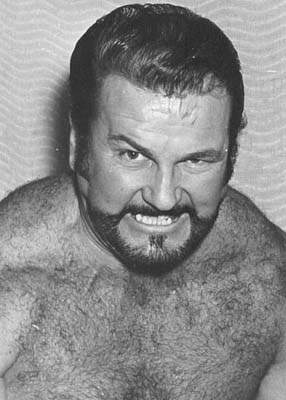 Is he not the coolest wrestler of all time?
Dutch Savage

Points for the beard and sideburn combo


He was a good guy


A tough guy but a good guy


The Dutchman
Posted by dense milt at 11:53 AM No comments: