Mildred Compass was lost again.  This street that she was walking on seemed familiar, still all the houses were very similar. She had been living here with her cousin since the day she had locked herself out of her apartment.

One morning she had left the apartment to go to her place of work, the Door Company, a place she had been working at for many years. She was told to go home,  her services were no longer required.  As they say, one door closes and another....

She returned home. The front door of her apartment had a large lock on it, and a small sign that read Notice to End Tenancy for Unpaid Rent.  A small, oily man with thinning hair, what was his name again?  He had no redeeming qualities as her mother would have said. "Your possessions will be left on the street. Your rent has not been paid for 4 months.   We can only wait so long.  You understand it is nothing personal.  Decisions must be made.  You have no one to blame here but yourself."

Mildred was confused.  She could not move, but clearly, she had no choice but to leave.  She did not know where to go.  She had no job, and now,  apparently no home.  Everything that was hers was behind that door.

She remembered her cat. It had died a few months earlier.  She did her best,  but the cat had been getting very skinny.  She was always making messes on the carpet, mewling all through the night, following her everywhere in the apartment, winding around her legs, always under her feet.

Had she wiped the counter this morning before leaving for work?  Did she  turn off the coffee pot?  Maybe it shuts itself off.  For sure, the coffee would not be worth drinking.

This neighborhood looked different than her neighborhood.  They call this a "manufactured home" community, her cousin said.  Mildred said, 'We used to call them mobile homes, but these homes weren't going anywhere.  They look like they have been parked here for some time."

Each home looked the same,  as far as she could tell.   At one time, they had been various shades of white, with a complimentary stripe, either of blue, sea green or faded pink.  There was a small patch of grass next to the door.  The beige golf cart was parked next to the grass.  No one drove cars in the manufactured community.

She had gone out for a short walk to clear her mind, and now, here she was.  One of the street signs said Shady Lane Parkway.  The cross street said Shady Wind Drive.    She sat down by the edge of the road, and waited.  Perhaps if she concentrated, it would come to her, where she was, how to get home.

Come on Mildred, it's not that hard. Perhaps her cousin would find her.  She remembered her mother telling her 'if you ever get lost, just stay in one place. Stay put, and sooner or later, someone will find you.'

Her mother lived in Florida on the other side of the country, so it might be some time before she found her.  Look what you have done now.  What a fine mess this is.  Oh well, you know what they say.

To Snake As A Verb 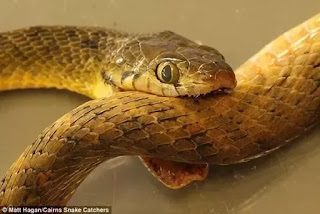 And everywhere he walked there were little puddles. Water, he presumed, although nothing was certain these days. All he knew for sure was that his fresh socks were now damp, and his feet, would they ever be warm again?

His toes were rubbing against the wool, as if to make fire. He had on several layers of clothes. To keep warm? Or were they simply disguises that he could shed as the day revealed itself?
Lately he had taken to growing a beard. Another layer. Another disguise. Soon he would no longer recognize himself, he thought. His thoughts were also layered, and damp, as if someone had spilled something and forgot to wipe it up.
The day had only recently started. There would be more of this, much more to come. One thought that would not go away was the phrase “to snake as a verb”. The noun was not real, but the verb vibrated with reptilian resonance.
Posted by dense milt at 11:37 AM No comments: 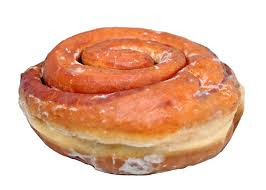 The toasted Cindy was consumed on almost a daily basis in the late 70's when he worked at the Royal Bank at Oakridge Shopping Centre. The early morning routine was to come in, take the float from the locked safe, count it out carefully, making sure there were enough rolls of coin, recounting the float which had been counted the night before. Everything had to balance to the penny.

After these tasks were complete, the gang would all take a 15 minute coffee break, which consisted up escaping through the rear entrance of the bank, into the private hallways that existed behind the stores in the shopping centre.

At least that was the way it was back in the late 70's.   They would go to the employee's entrance to Kresge, which later became K-Mart.  Kresge had a small dining counter with swivel stools.  You could see the coffee dripping into the glass coffee carafes,  but when they filled your cup, it was always from the pot that had been brewing since when they opened their store.  It would be the coffee that had continued to cook, and by the time they would order up a cup, it was 'cowboy coffee.'  Bitter, strong and in need of cream and sugar if you went that way.

Next up was a Toasted Cindy.   A Toasted Cindy was a very cheap cinnamon roll donut, which usually had a dollop of bad jam in the middle, sliced in half, and brushed generously with what was most likely margarine, then grilled on the flat iron.  It was served hot on a plate with a fork. Usually it was too hot to eat.   They would warn us that it was too hot to eat, but warnings were never taken seriously.  There was only 15 minutes of breaktime, so the toasted Cindy was shovelled down, hot sugar burning tongues,  tonsils and all the way down the throat.   This was followed by quick gulps of bad coffee, again inflaming the already burnt tongue, tonsils and throat, where the Toasted Cindy would combine in the esophagus with the surging acid reflux that the stomach had sent up as a warning.  So many warnings- so little time.  Mouths were wiped with cheap napkins, smearing icing sugar their facs.   In the 70's, if you were lucky (and hopefully male), you had a mustache, which captured this glaze.

Later in the morning, as the coffee/toasted cindy continued to percolate and process in our inflamed stomachs, the tongue would find the encrusted glazed sugar.   Is it any wonder that Mylanta was the favoured chaser?

Are those breath mints?  No, Tums, did you want one?

At lunch, they went to the White Spot and ordered up the Triple O Cheeseburger with fries, which also came with a small serving of coleslaw.  Coleslaw was another culinary treat in the late 70's.  Supposedly, there are ways to make a good coleslaw, but this knowledge was not known at that time.  Coleslaw consisted of limp cabbage, soggy sunflower kernels, and something that was less than a miracle whip, which separated before their eyes.   The separation was not noticed, as they were too busy getting in a few beers before it was time to head back to work.

People did that in those days.  Drinking at lunch.  They would finish about 4:30, then head on down to The Jolly Alderman at 12th and Cambie.  This fine establishment exists only as a dim memory of red terry cloth table tops.

Waitresses with faint mustaches, white shirts and black vests would bring  pitchers of Labatt's Blue or Molson Canadian, which was all that people drank in those days.  This was a time before craft beers, even before imports.

As the end of day slowly turned into early evening, there was always the remote possibility of someone going home with a co-worker.   Later, it was learned that this not a good idea.

Having sex with a co-worker should always be avoided. First, because those kinds of relationships rarely last.  Second, because the next day, you still had to work with them. Third, because after you quit "seeing" them, and another person in the office started up with them, well you can see how messy it could get.

A few years later,  AIDS hit, and it was drilled into heads that every time you slept with someone, you were also sleeping with all the other people they had previously slept with.

And experience comes from bad judgement."

Remember when all we wanted was a Toasted Cindy?

Posted by dense milt at 3:44 PM No comments: