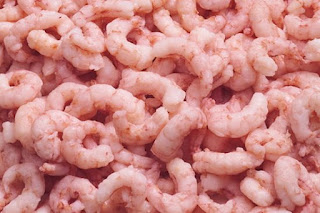 I come from a family of seven kids.  This was not uncommon when I was growing up.  My first three brothers were born in the space of three years. Their names were Bada Bing, Bada Boom, and Brent. Five years later, my next brother was born, then another five years and I was born. After me was two sisters, and they split the five year gaps into two years and three years respectively.  This is known as Family Style in our family.  Famously, my father was once asked at a party if he was Catholic or Careless.  He did not see the humour.

Family style when dining out means everyone shares the many dishes ordered.  In my family we learned early to clean our plates, so we could be the first to ask for seconds.  In my wife’s family, this practice was unheard of; they were not encouraged to clean their plates, and as such my wife often leaves food on her plate.  This is great news for our dog.  Rarely do I attempt  to clean my wife’s plate.  It is just not done.

This is not Sharia Law, but Share Law, a decidedly Canadian curio.  I was prompted to write this post after waking at six on a Sunday.  My dream took place on Robson Street, where my wife and I lived from 1982 to 1994.  In the dream,  Robson was in a state of renewal and urban decay.  In some ways that is a small dream distortion of the present real estate reality.

My wife and we’re eating in an Earls, although in the dream this was in a strip mall.  We had both ordered Shrimp Salads. I had just about finished my salad, which sported a very generous portion of shrimp.  In the dream my wife complains that her salad has hardly any shrimp, but a profusion of bacon.  We call over the waiter, who calls over his supervisor, who calls over the chef, who calls over the Manager, and we proceed to argue over why two servings came on one plate, and why the “ split” was so unequal.

In real life that would not have happened.  In my married family, we have Prawn Law, where the prawns or shrimps ( is it shrimps when plural or shrimp?) are divided equally PRIOR to eating.  In my birth family, this practice would never have happened, would not only have been frowned upon, but would have been vigorously poo-poohed. But my wife and daughter form an alliance ( the Prawn Blockade) and this Rule of Splitting is religiously followed.

The history of the Prawn Law is  a response to my habit of thinking only of myself, a tactic of survival in my large family.  That’s my explanation and I’m sticking with it.

Other Share Laws I have grown up with include The Napoleonic Code, The Socialist Pizza Rule, and The Van Essen Split.

Napoleonic Code is the law cited in A Streetcar Named Desire, as to how property is divided  among a husband and wife.  What’s hers is his, and what’s his is his.  In order to prove his own victimization, Stanley refers to the Napoleonic code, a code of law recognized in New Orleans from the days of French rule that places women's property in the hands of their husbands. Truly it is an unfair split with advantage and privilege for the male class- see Patrimony.

The invoking of Napoleonic Code never worked my house. What was encouraged was mocking of height,  of habits,  and of placing hands in pockets.

The Socialist Pizza Rule is a rule of house parties, that every pizza is divided  equally among all house members. Please note the exception is the Socialist friend - the one who is NOT paying for the pizza, and the one who most likely will eat the majority of the slices. This rule can be shown on a Pie Chart.

This brings us finally to Columbia House, or how I built a collection of albums, and then cds, only to get rid of them later in life. My Collection was supposed to be my daughter’s inheritance or my retirement, but the onset of sharing files rendered my collection days obsolete.  At some point in the 2000’s, I downloaded all my cds to a hard drive, and learned to embrace the inferior sound quality of  streaming.  Coincidentally the sound of am radio when growing up was not dissimilar.

Back in the Columbia House days, collections were built with the 10 free records for a dollar deals.  I joined and quit many times. It was great to get all these free records, and then, even more when referring friends to join.

Confused?  I refer you as a new member. The new member gets 10 free records for a dollar or some low number, and I get four free records as a reward for my referral. In the Van Essen Split, the new member claims a fifty/ fifty split of the commission.  Clearly unfair, but two free records is still better than none, right? What you would have had without referring is nothing.  This Split is an early example of bargaining. It is to be mocked and appreciated equally.

We close with Dr. Steve Brule, who is a character played by John C. Reilly.  Very funny.  He has an episode where he is enjoying the seafood found in the dumpster behind the seafood restaurant.  He relishes the finding of “Scrimps” - a hilarious mispronunciation of the word shrimp, which is already one of the funniest words in English.  Please enjoy on the link below:

Posted by dense milt at 7:36 AM No comments:

Say Hello to my little friend 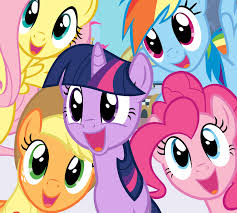 One of the benefits of losing 25 lbs has been a reunion of sorts.  My refurbished heart is pumping way more blood than before, so after the jettison of my spare tire, you can say my oil is changed, my tires rotated, and I am road worthy.

Or should I say ride worthy?

So as I gaze toward my feet,  I can actually see what all the commotion was about.  As my heart fills with excitement, so follows the wagging tail, so to speak.  Speaking of puppies, my little terrier weighs about 22 lbs.  Consider how prior to this weight loss, my genuflection of affection was hampered by the extra weight.  It was like I was lifting a small dog, plus three pounds of butter, all while trying my very best just to do my duty,  as I saluted God and Country.

Indeed, it is so nice to see you again, to really see you as you are,  my oldest friend.  For all my days,  I’ve felt your presence, I’ve known your secrets, I’ve been shocked and humbled by your indiscretions, (for which I must share the blame.)

Is it fair to curse the little brain for the big man’s descent to folly?  How do you spell decent?

Truly,  you are a gift that keeps giving.  So now, here in the “prime of my life”, once again, I am reunited with this obscure object for my desire.

Some things never change, even with greater transparency.

You are still an early riser.

The lumberjack knows the sharpness of his axe, and the falling of the wood of the morn can make a grown man cry, “Timber!”

WORDS FOR THE WISE GUY

Below my belly, seize the prize

A little modest, you surmise

On your knees to best inspect

A valiant rise to full effect

A final gasp….and then …..Surprise!