Just out of grasp,
he could almost hear
and almost see
The flicker of a tongue
though it wouldn’t stop long enough
to actually read it
But he remembered how it tasted
what it used to taste like
Was blood and honey
and the salt of your inner thigh
It felt real so urgent
Except
there is something missing.
Something about a song,
A lyric that kept repeating
Until it almost made sense
But only for only a moment and now gone
Now the crucial part was missing
There was an absence
more real than the memory itself
beyond his grasp
beyond his fingers numb and frozen
the wind blew through his ears
Making a whistling sound
He could almost feel
the actual hole
Of his soft memory
Almost taste his soft lips
The moment they
first kissed.
Posted by dense milt at 6:08 PM No comments:

Everything is fine.  I'm ok.
Just enjoy these fly on the wall conversations.
this is the lemonade from the lemons.
The lemon jello.
Remember, it's not really serious
if they don't give you jello.
-Please take off your mask.  We will need you to put on one of ours.

- Please take a seat in the waiting room

- I just passed 50, so things like this are to be expected.

A young girl’s voice- Can you take a selfie of me?

Doctor-That is something I am not comfortable doing here

Doctor-  Did you vomit?  No response.

- Did you throw up?  No response

- Did the food that you ate come back out your mouth?

Doctor 2-- The x-ray was clear.  That's just swelling.  You can take advil or tylenol for the pain

- I guess he waited too long to come in

Nurse 2- We have to take more of your blood.

X-ray technician - What is your last name?  Can you spell that?

- What is your birthday?

Nurse 1- More of them are young people now.

Doctor 4. -Did the pain happen when you were walking the dog?

Posted by dense milt at 4:59 PM No comments: 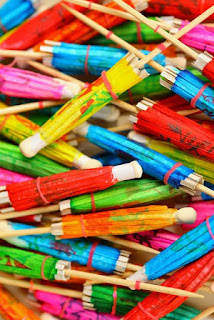 Synesthesia is where information, meant to stimulate one of your senses (for example hearing music), involuntarily stimulates another sense ( like visuals or smell.)
When one says "listen to my song", a synesthete may actually see the colour blue in addition to hearing the blues.
What would a synesthete see with blue dirt girl ?
Would they smell rainbows?
Would they hear dreams?
blue dirt girl is Kathryn Sutherland, Albert Klassen and Jason Overy.
Their new release is called NOTHING IS AS IT WAS.
It is nothing like their first release, Crazy Beautiful.
This new blue dirt girl is not content to remain in one place, it does not yearn to  return to a Crazy Beautiful state.
The new  blue dirt girl  is an affirmation of change as a part of life and art.
The new blue dirt girl deftly mixes together a new masala, a blend of unique,  personal sounds,  sounds bleed into colors, touches, feels, and flavors.
There is a magic with a three piece band, where every part depends on the others.  It is a delicate relationship to maintain, and like a souffle, can collapse easily,  but also like a souffle, it is a mouthful of perfection.
A song may start in one groove, and then it suddenly shifts down a gear.  Don’t worry- blue dirt girl are excellent drivers and this  car is a handmade beauty.  The changes are not abrupt, but seamless.   No buttons lost, no zippers snagged.
Kathryn Sutherland’s lyrics are open to interpretation, not linear, they are not easy rhymes. They conjure a mood,  inventing new colours, with a masterful brush stroke.
Albert Klassen is a most amazing bassist, perfectly partnered with his rhythmic counterpart Jason Overy.  I find myself mesmerized by the grooves, not knowing exactly where it is going, but trusting, putting my faith in their capable hands.
The songs channel reggae/dub, modern soul, a dash of 70’s guitar magic.  Something about the feel reminds me of Traffic, Joan Armatrading, and an unnamed, distant memory of the 80’s that as hard as I try, I still can’t remember.
This is not music that references influences. It breathes a sophisticated rare air.
The songs:
Blood: Skeletal guitar, a dub reggae beat, "Everything changed", and the bass begins a pattern that pulls us forward,  "in a moment of anxious clarity", lying here on the edge of the knife, Kathryn the cool, poet soul, commands us  shred your tongue, and everything slows, reverses, is there anything between us, the skeletal guitar and propulsive bass intoxicate.
the conversation going on here, as we put our masks back on, and climb back aboard the knife.  Steady Jake, it’s only blood that connects us here. Family has their own languages. Their own rules.
But the river flows into the title track....I Don’t Mind.
There is a great little change,  where even words become inadequate. Dat, dat, dah.  Oh my God, my mind pushes itself to remember, but what?
And the beat goes on... Sunset Daddy.
A new time signature, another conversation, the steady beat reasserts itself. We hear a familiar recollection of a towel that threatened to fall as her father goes up the stairs. You better stop....The intimacy of the recollection furthers the connectiion.
But wait, is there only one more song?
We want more. The music creates the feeling of a child swinging, up, down, always returning to “warm safe hands.”
Cherry blossoms rain from the sky....life goes up and life goes down
or it just spins around, but we always  return to warm safe hands.
You listen many times and discover new connections. This music satisfies needs you were not aware of before. It is relaxed meditations on love, relationships, age.
This new blue dirt girl is mysterious.
You don’t know where she is going.
We are told to beware of strangers, so we will just have to get to know blue dirt girl better.
The road beckons.
It smells like rainbow.
It sounds like velvet.
Posted by dense milt at 3:43 PM No comments: