Learning to love the questions and live with loss 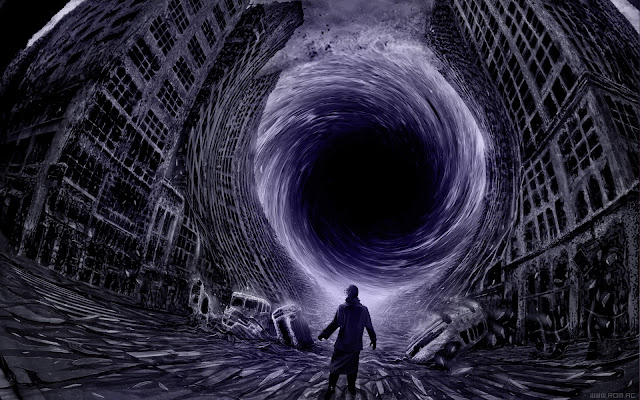 To grieve means to bear a heavy burden.  To grieve is to live, for life brings us heavy burdens.  How does the ant move the boulder up the hill?  Only with the help of other ants, with community.  The ant moves the boulder one step at a time.  The ant must find the leverage, by which to position in such a way as to lessen the dead weight.

The Hindu god Shiva dances the cosmic dance of creation and destruction, she teaches us that each act of destruction calls for an act of creation. We must absorb that thought into our grief so to teach us that we heal our loss through acts of creation.

Why honor loss?  Grieving takes time. We owe it to ourselves and to each other to feel the pain, to feel the fear, to feel the anxiety and, ultimately, to live the questions until the answers begin to reveal themselves to us.

The great German poet Rainer Marie Rilke said: Be patient toward all that is unsolved in your heart and try to love the questions themselves. Do not now seek the answers which cannot be given you because you would not be able to live them. And the point is to live everything. (So) live the questions now....

Posted by dense milt at 9:43 AM No comments: 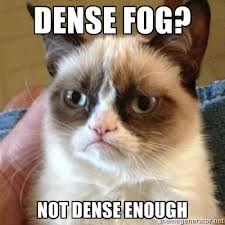 I was reading the Book section of the Sunday New York Times, drinking my third cup of coffee, and mentally making a list of what tasks I needed to accomplish on this day 2 of my weekend.  Should I should start on the vacuuming and floor cleaning, or check my work email, or make sure that I see the open house for a loft off Main street by 2:00 pm, or read one of the many books I have on the go, or have another coffee.

The day is approaching Timex time (1:50 pm), and my wife just informed me of an acquaintance who died from a massive heart attack this weekend.  Yesterday our realtor told us of her brother-in-law skiing on Whistler mountains, who just happened to be paired up with a doctor (not planned), and when he didn't show up at the bottom of the mountain, returned to find said brother-in-law apparently dead from a heart attack.  Being a doctor, he administered corrective actions, and the gentleman is in hospital.

News like this kind of puts my chore list in perspective.  Or does it?  I am approaching six years after my heart attack; now I am wondering why I first thought to write "my first heart attack."  Life is short, time is precious, blah blah blah- we all know this.  Yet what does it take for these truths to sink in?  Yes, I know I need to exercise, but when I say exercise, I don't mean to say exercise more. I mean that I need to make time to exercise at all.

So why don't I?  With all the many choices of what I could do on a sunny day, why was exercise not one of the first choices?  After all, this choice could mean life or death for me.

Choose your words carefully, my inner voices tell me.  But not only do I need to choose my words, but  I must choose which inner voices in my head in which to listen to.  There is the voice that says "one foot after the other, word by word, live life in the moment/now/present." This voice tends to dominate my inner conversations. Then  there is the "do everything in moderation- including moderation" voice.  Also the "forget tomorrow, live for today voice."  Even a Love Hard, Live Fast, and Die Young" voice that sounds a little like Elvis if truth be told.

So many voices with so little to say.

Then I hear a voice from when I was a younger man, and I was afraid to express my anger, feeling somehow that if I chose to let it rip, as my father often did, my temper would rule me, as his temper ruled him.  A volcano would be opened, spewing endless angry lavas.  Of course, the longer I bottled up my anger, the more the wine turned to vinegar, and it was not a good year for the roses, and explosions result when simmer becomes a rolling boil.

The fear of rage morphed with age into a more primal fear, which is the fear of life itself.  What do I mean by fear of life; isn't it more natural to have a fear of death?  But death is not as fearful as life; death comes on its own terms.  Death has its own best before date.   But Life is made up of moments, and with each moment we have yet another choice to make. My choice has been to not become paralysed with thoughts of death, but to just live.   Just live each moment not like its my last, but live each moment just as it presents itself.  I am lousy with planning ahead.   It is not that I don't believe in the future as I once did as a younger man, but that I find it hard to conceive of a time that is not here, that may come, but may not. I have to give each performance my best, not because it may be my last, but because that is how I roll.


Today I read in the Sunday New York Times about essayist Phillip Lopate and his new collections of essays.  I had not heard of Mr. Lopate, and so I looked him up.   He is apparently quite well known in the circle of essayists, as a first class practitioner in the artform of choosing your words.  I was intrigued with this following excerpt from him:

"How can you tell a first-rate essay? I am tempted to repeat what St. Augustine said about Time: "When no one asks what it is, I know what it is; if someone asks me, I don't know."

He then goes on to say:

All I can say is that I was looking for a certain density of thought. A living voice. A text that would surprise me and take me through a mental adventure."

Lopate not only writes essays, but obviously reads them as well, as he has edited collections of some interesting essays from the Classical Era to the Present.  It seems that Mr. Lopate not only lives in the now; he is equally comfortable in ancient Greece, and Japan.

He quotes from Kenko, Essays in Idleness:


"You should never put the new antlers of a deer to your nose and smell them. They have little insects that crawl into the nose and devour the brain."

Hmmmm.  Braineaters.  Or like I say, maggots love the meat.

The original Japanese name for Essays in Idleness means "with nothing better to do."  Kenki employs the "random mode of composition known as zuihitsu (follow the brush) in Japanese. Zuihitsu was popular with  Japanese writers, who felt that it was perhaps less dishonest that creating fiction. The random nature of zuihitsu caused readers to take "pleasure not only in moving from one to another of the great variety of subjects, but in tracing subtle links joining the successive episodes."

For readers wanting to trace my subtle links, may I suggest the following choices to better "parse my weird."

I possess not only what Phillip Lovate calls "a certain density", but what others have remarked as an undefinable "miltiness."  Oh milt, salty and sticky, sweet and sour, unctuous, ready-to-mix, no fuss-no muss, flavour enhancing, sometimes entrancing, slippery, rubbery, hopefully enchanting.  Milt fuels the ever changing choice of which of my inner voices will cause fingers to hit keys, causing words to form, gather, come together in paragraphs to express my thoughts.  This propulsive process yields some strange fiction, and an even stranger non-fiction.

It is this certain density and this uncertain miltiness that makes me who I am, the man you know as Dense Milt. I never asked for this job.  But I do love this job more than any other.  When I am letting go, setting the inner voices free to speak to you through me.  On behalf of all of us, we hope this time you have just spent reading us has been a worthy use of your time.  There are no guarantees; every word is presented on an as-is basis.  That is the thing about free speech, you get what you pay for.

Posted by dense milt at 4:45 PM No comments: