I Love You, I Am No More - Late to the party (again 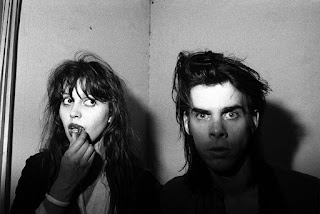 It was an incredibly sad statement, one that youthful ears full of themselves heard only with disdain, not sympathy.

My MO was to open myself to all experiences, to become a Rimbaud, to be baudy in my body and experience life to the limit.

Did I win any contests? Another friend remarked twenty years later, “the legend is history.”

Unspoken history remains for the most part, collecting dust, dissolving in memory loss. After playing in bands for over 40 years, there are plenty of stories I could tell, plenty of songs I could sing if I only remembered the damn words. Seven years ago I joined a group we call The Judys. In our early days we would hang out at the drummer’s apartment, listening to his collection of treasured vinyl like a bunch of 50 year old teenagers. It always amazed me to hear all these sonic influences, faves, desert island discs that I had never, never heard myself.  Like an alternative universe of rock influences,I heard these with fresh ears, fresh being a qualitative,  not quantitative kind of fresh.  Ears before years. Fresh attitude with a seasoned perspective, January to my jaded July. I was late to this party, but I took it in, kicking out jams with the pigs and marmalade.

Today is May Day,  International Workers Day, the Day of Poles and Holes, a whole day of the celebration of celebration- of getting lucky, frisky fuckery exploding feeling, exploring the possibility, pushing envelopes, eloping, entrancing enchantments.

The party next door in your mind.

Come on in- you’re invited. More fun than doing your taxes or cleaning your fridge.

In this day of doorways, we celebrate the swinging, grand openings as well as  ghosting exits.

This week Anita Lane died. I had never heard of her before she died. A muse for Nick Cave, she made art and influenced others.  What more can we ask for?  I have been lost in her music, including a cover of Lost in Music, the Nile Rodgers/Sister Sledge hit from the 70’s, also covered by The Fall.  I particularly like her cover of Sexual Healing, and the album Sex O’Clock which she made with Mick Harvey.

Her song I Love You, I Am No More.

It kicks off with the start of the bass line for Cannonball ( The Breeders).

The music reminiscent of Serge Gainsbourg, she whisper-sings and sexy talks:

There's a kitten raging at the back door

And I don't know if the kids have eaten

It seems there was some kind of sunset

But I wouldn't know if I was breathing

I don't know if the kids have eaten

On the radio they said

That the dawn is red

That clouds have feeling

I thought the sky was dead

But I wouldn't know if the stars were bleeding

If the trees were weeping

If the moon was sleeping

If it was peace time or nuclear war