Growing up in the 60’s, there was a war in our living room every night.
The horror of the Vietnam War was broadcast in gory detail. We had the domestic assassinations of the Kennedy brothers,  and Martin Luther King.
We had a front row seat to riots in the streets, soldiers shooting protesters, hippies, John Lennon says the Beatles were bigger than Jesus.  Of course that was taken out of context.
So it was no wonder the dream of space travel caught the imagination of our world.  We gotta get out of this place.
There was a sit-com I remember called IT’S ABOUT TIME, by the same guy who did Gilligan’s Island.  America wanted to get lost.
“To the moon Alice!” So said the proto- Neanderthal Ralph Kramden, the bus driver with the anger issues, the man who inspired Fred Flintstone, named after my father, Fred, not Flintstone. And yet Alice always had the upper hand in the series.  In real life, not so much.
The sixties were an angry time. A time of revolution, sadness, promise, hope was still alive, rock music would change the world, before it became irrelevant. Rock music….or the world?
What we’re gonna do right here is go back, way back, back in time 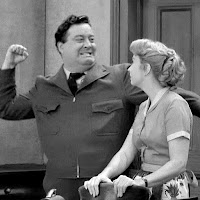 When the only people that existed were troglodytes...
Cave men, cave women, Neanderthal, troglodytes.
Let's take the average cave man at home, listening to his stereo.
Sometimes he'd get up, try to do his thing.
He'd begin to move, something like this,
"Dance...dance".
When he got tired of dancing alone, he'd look in the mirror,
"Gotta find a woman, gotta find a woman, gotta find a woman, gotta find a woman".
He'd go down to the lake where all the women would be swimming or washing clothes or something.
He'd look around and just reach in and grab one.
"Come here...come here".
He'd grab her by the hair.
You can't do that today, fellas, 'cause it might come off.
You'd have a piece of hair in your hand and she'd be swimming away from you (Ha, ha)
This one woman just lay there, wet and frightened.
He said: "Move... Move". “. Jimmy Castor Bunch
In grade eight we had a science class called TSM - Time, Space and Matter.  The teacher Mr. Hamm would fill his science lectures with the most horrible puns.  Chirds burping ( birds chirping), I resemble that remark ( instead of I resent that remark) stuff like that.  But I have so many great memories of a great education.  We had a class in grade nine called oceanography, where Miss Dillon would help us dissect sharks- Don’t cut that organ…too late..the entire hallway reeking of dead sharks.  A class called Environmental Science/ Environmental Studies, taught by a science teacher and a social studies teacher.  Definitely a liberal indoctrination but I bought that cake and ate it too. 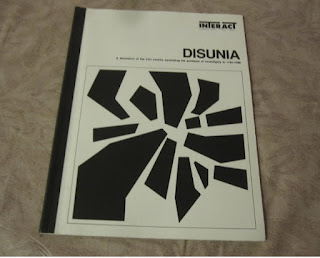 We had a social studies class taught by Mr. Green, white short sleeve shirts, greased brush cut.  We studied and played a simulation game based on the formation of the US 13 states, called Disunia.  How prescient that was, predicting the Divided States that is a reality today, not a simulation.  How a group of us conspired to take the game in a direction that the teachers did not want it to go. We were gathered in a room and Mr. Felmet lectured us on “ ruining it”” for all the other kids, and ordered us to stop trying to direct the simulated history in a direction that was unacceptable. It was important for budding citizens to understand how democracy worked. I remember the bus ride field trip to Salem to see a real committee working on a bill at the legislature.
The riding back in the dark, sitting next to Rhonda, my hand under her sweater, making out….dear sweet Rhonda, whose heart I broke so hard that she next went out with Glen, President of the Young Republicans.
I may never forgive myself.
I wonder some days what happened to all those people.  Geoffrey with the wild Jewish hair, glasses with tape on the bridge, and braces that looked like metal  claws on his unbrushed teeth, saliva accumulated and dried on permanent chapped lips. Geoffrey was always writing his manifesto, such small handwriting, almost a secret cryptic script. Was he a genius or crackpot, or both? Is he locked up or did he just get old like the rest of us?
Junk science may yet prove to be the blueprint for modern conspiracy theory.
In 1950 Norbert Weiner wrote The Human Use of Human Beings, his treatise on Cybernetics- a word he coined.
“The sense of tragedy is that the world is not a pleasant little nest made for our protection, but a vast and largely hostile environment, in which we can achieve great things only by defying the gods; and that this defiance inevitably brings its own punishment. The world of the future will be an even more demanding struggle against the limitations of our intelligence, not a comfortable hammock in which we can lie down to be waited upon by our robot slaves.
We leave the last word to George Jetson, another TV dad, who struggled with his job at Spacely Sprockets, the demands of his wife and family, even the dog.

Rust Never Sleeps, And Feels Anxious All The Time, Wants To Upgrade, But Needs More Memory 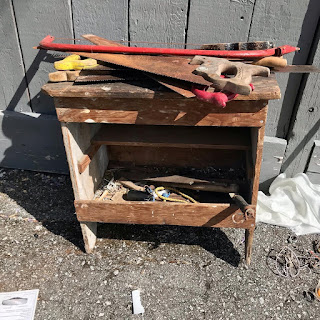 Time is the great leveller.  We waste so much of it as  we age. I am at the age where time wasted vastly outweighs time remaining.

Then one day, while I was still consumed with the anxiety of the living, I no longer wanted an end to it all; I feel the thirst of the parched, I crave to savour the restless ennui, to parse my remaining words, to subdivide my landlocked limitations, selling off parcels of strained wisdom, while considering strained prunes, and straining to hear full sentences.

We have a shelf life that is unknown to us at the time of assembly.  While Life is finite, it can expand as far as the mind will allow. However, in the end…well, there is an end.

There is always an ending.  I have had many beginnings, many restarts, many do overs, but now I feel I am on the verge of getting on. Not getting it on, simply just getting on.  My wife and I have spent 42 years in each other’s company.  We still enjoy waking up to one another. She is my best friend. In some ways our communication has never been better, that is if I hear what she is saying.

She has always said I have selective hearing, which is the nice way of saying I wasn’t listening.  Lost in my own thoughts, concentrating on what is the best way to put my foot in my mouth, I have always been in my own world.  Many times growing up I was accused of looking right through people, staring intently but on what?

I see my daughter lost in the familial gaze, and remember my mother twice removed from the moment, Earth to Mom, Earth to Dennis, Earth to Daughter…. Receiving transmissions from God knows where or what.  But now, I really am trying to listen.  I am trying hard to hear and more importantly to comprehend the meaning of what it is that is being said.

My hearing is both directionally and frequency challenged.  In a room of many voices, I hear no one. If your head is looking down or away, I might not hear all of what you are saying. If your voice is of a certain mid-range frequency, sorry, I hear very little.

My mind just shuts down as I try to follow multiple conversation threads, and no matter how hard I try, all the threads unravel, and I am left at a loss, and with the loss. Perhaps this is the meaning of hearing loss. This is what is hard about hearing, or not hearing.

Many years ago, I had a friend who I thought did not like me. I found out she was too vain at that time to wear her glasses in public, so she actually couldn’t even see me. And here I was thinking she just disliked me.  I was invisible to her because I was barely visible.

There are probably many folks who think I feel I am superior or above them, or why else would I not answer?  I am not above being a snob, but in lots of cases, I am not responding because I am not hearing you,

Much of what we do is habitual, reflex action, like Pavlov’s dog licking it’s own who-ha. Just now, I was thirsty and reached for the vase with the flower in it.

Because it was on the right side, and I am right handed.  The glass, which was actually empty, was on my left. In my thirst, reflex took over, and my right hand reached for the vase.

Thankfully I am not so far down that rabbit hole that I drank the old flower water, along with the flower.

But my reflex was to go in that direction.