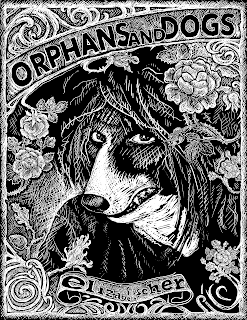 In my part of the country, there are clinics with signs that read Walk-Ins Welcome.  I have often joked about a not too distant future, where the signs will read: Walk Outs Welcome.   In Canada, we face a future where the vast majority of the demographic is made up of aging Boomers, and many of the Boomers, like myself, have not planned well for a future.

Issues of declining health and lack of wealth, rising rates of Alzheimer's, and the usual suspects of Heart disease, Strokes and Cancer, may push some of us aging Boomers to choose to check out.  As my song Freedom 85 states " I can't afford a hole in the ground, Hey Buddy, got a match to light me on fire? I told my wife," Take me to the vet, and put me down like your favourite pet."

This last week, local artist and musician Elizabeth Fischer made the choice to end her life with assisted suicide in Switzerland, where assisted suicide is legal.  She had been told recently that she had stage 4 terminal lung cancer.  She also recently put her beloved pet down, and remarked on the way our society views this action, as something that is acceptable for humans to do for pets, but somehow not acceptable for humans to do for other humans, or even for humans to make that decision themselves in regards to their own life.

Elizabeth was an extremely talented visual artist, songwriter, bandleader, lyricist and singer.  Her work with the D.P.s, Animal Slaves and Dark Blue World was intense and compelling.  She was a dark, but humourous person; she was a difficult person who did not suffer fools gladly.  She could be judgmental, and I think I fell into the "fool" category for her upon many occasions. She was someone who challenged me, and my concepts of friendship for many years.   We were not "friends" when she made the decision to take her life.  While I regret not taking the opportunity to remedy that situation prior to her exit, it was something I could not bring myself to do.
But for all our personal animosity, I never lost my respect for Elizabeth's art or her music.  She was an important artist, with very unique voice and vision, and she was always true to that vision.

She had relationships with some of my friends, including close friends Ross Hales and Greg Reely, but I could never say I was particulary close to her. We were colleagues and competitors in a small scene.  We worked together many times, my bands playing with her bands, we were co-founders of MO-DA-MU, a musical collective that included 54/40, Rhythm Mission, Animal Slaves,  Junco Run, the Work Party and Tin Twist.

Tin Twist was fronted by Elizabeth's cousin, Judy Kemeny, who was tragically taken from us when she was quite young with cancer.   Elizabeth and Judy both came from Hungary, and their parents were concentration camp survivors.  Obviously, that experience deeply affects the children, and children's children for many generations.  This dark history informed Elizabeth's art and music, it fired her anger and fuelled her art.

She was a strong person, she was a person with a dark sense of humor, she was a performer.  As performers, we  love a stage, we seek drama, we look for the statement or opportunity to make a statement.  Elizabeth had just had a book release and art show Orphans and Dogs, which was a culmination of her life's work; yet how would anyone know that would be her last work?  With someone so creative, I am sure there would have been much more work if only there had been more time.  With the pronouncement of stage 4 cancer, she knew her time was running out, and she decided to end her life on her own terms, the same way she had lived it.

I suppose it is ironic for me that all of this took place in the month of October, normally one of the darkest times of the year for me.  My good friend Lenore Herb died a few years back of stage 4 terminal pancreatic cancer.  Lenore was also a very talented person who was very challenging, outspoken, and not universally loved.  I sat with her on the day before she breathed her last breath, and can only say that cancer is one of the most cruel ways to die.  At that moment, I totally understand why Elizabeth would choose to end her life the way she did.

Another friend of mine took her own life last year around this time of year.  Her suicide was not assisted, she organized it herself.  She was in a very dark place, and we will never know why she did it, or what events in her life led her to that decision on that very darkest of days.   We are left with shock, and sadness, and anger and confusion.

Death of any kind leaves a hole in the lives of those left behind, the people who were friends or family of the departed.  It is a very sad moment no matter what the circumstances. But our reactions to death are very different depending on age and circumstance.  When a person is much older, we say "they lived a long life, and it was time."  Or if they were in much pain, we say, "it was a blessing, now that pain is over." If a person is very young, we say "how tragic that a life is cut so short, when there was so much promise and future."

In the case of assisted suicide, many of us agree that a person has a right to make the choice.   We may say how brave they are to make that choice.
But in the case of suicide, those of us who are left behind can only ask ourselves, why?  What more could we have done?  While there is a general acceptance of assisted suicide, especially when the person has a physical illness,  there is a general non-acceptance of suicide when the person who commits this act has a mental illness.

I have no answers to this.  Personally, I hope that when the time comes for me, it happens fast. I do not fear death as much anymore.  Every year brings more death, and within my circle, there is not so much birth, but there is always opportunity for new friends and changed relationships with old friends.

What is known for sure is that we have no shelf life.  We are born to die as my friend Frank Ramirez said.  There is much work that has been done, and much more left to do.  I would end this with a shout out to Elizabeth.   I am glad that I had the opportunity to know you, to view your art , to hear your music and listen to your voice.   I have no clue what happens when we leave this life, but I honor the life and time that you had; you made a huge impression and you leave behind a body of work that will live on.  Next time around, perhaps we will be better friends.

Tomorrow
they’ll dress me in ash for the sunrise,
they’ll fill my mouth with flowers.
I’ll learn to sleep
inside the memory of a wall,
on the breath
of a dreaming animal.

OPEN UP YOUR HEART TO SARAH WITH LOVE 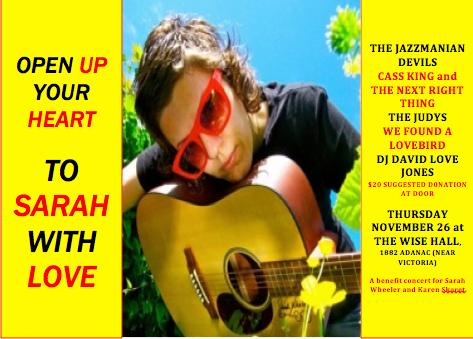 Posted by dense milt at 5:47 PM No comments:

I Will Work For Words 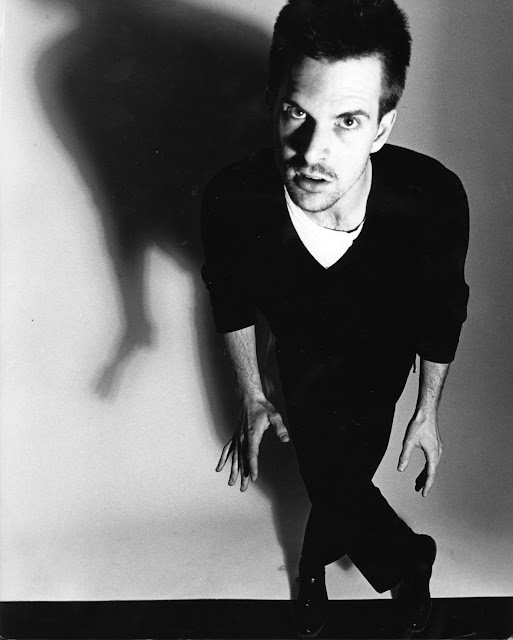 The white page begs for words.  Got words? Spare words?  Hey brother, can you spare a word? The white page holds a sign, scrawled in the blood of poets, asking for the moon in june, begging for a dark and stormy night, mumbles what me worry, calls and responds with call me Ishtar.
The white page is literally starving for verbs to fill the barren expanse, bereft of subject or predicate. The white page will not be satisfied with mere words, as the real craving is for something better, something bigger like a complete thought that turns into a perfect sentence, a sentence to end all sentences, a sentence that shouts to the world, I WILL WORK FOR WORDS, until word after word, the white page fills with words and is not longer blank, no longer void of meaning.

Still this is not enough for the white page.

A half page mocks the writer, whispers in his ear, taunts him with doubt. After all, anybody can draw up a list.  This is not talent, it is typewriting; these are not hits, but only the shell casings of bullet points!  The white page deserves a blow job of full blown romance, craves mystery, invites nods to the masters, wants originality, not secondhand words lifted from the latest bestseller.  Can I get a punchline that will leave them screaming?  Please don't even consider stopping here.  It knows you have more to give.  Just acknowledge that the page has needs too.

The writer proclaims to the page, I will spill my words upon you, and they will grow like seeds upon the ground, gathering hubris.   One day, I will be known as the Johnny Appleseed of Words.  Yes my words will propagate, they will fuck each other hard, spreading far and wide, pushing boundaries and pushing buttons.  They will tear the buttons off the blue bloods, ripping bodices with abandon, filling the air with a gothic sickness.  Single words will beget more words, until sense finally comes out from the dense undergrowth. Is it too much to dream of meaning?

Slowly the white page disappears, as the writer consumes snowy fields, drinks blood from polar bears, gives the albino a black eye spewing out an alphabetical algorhythm of avuncular albacore albatrosses actualizing an autumn abbatoir, bringing on bloody botox bell curves that burble with Bourbon, calling out corrugated crustaceans, come on my cummerbund! I create danger pay for this doggerel day.  Do pardon my dense dream, darling. Excuses excuses excuses. Flogging florid folderol for feckless felons.  Gets gushing over gaberdine gin gimlets, as garrulous giblets begrudge Godhead. Hurry Hurry Hurry.  I- I- I.  The alphabet stops at I and the writer passes out in parentheses.

In the morning, he wakes with paper in his mouth, pencil shavings and eraser rubbings like sand in his sheets. He cringes as he remembers his lost weekend of words.  Then he crumples the foolscap, and reaches for his coffee and another white page.

Posted by dense milt at 2:35 PM No comments: