Waiting Out The Wolves 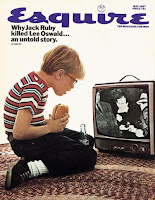 At night they circle the campfire

Calling to one another


This one is mine


He's ripe for the plucking


You always get the head


Aaaah but the tail is where the meat is


Howl a song for me


You know the one about the headless camper


They laugh and howl and chase each others tall tales


With further tales of flesh and consumption


Suddenly the mood changes and the laughter dies


It pervades the prey almost sinister


Did you see him?


I don't need to see


I smell his fear

My inbox keeps me awake at night. I am not comforted in the knowledge that tripling the size of my penis will save dolphins from being slaughtered in Japan;  gluten-free jelly donut recipes bring on paralysis, and offers of friendship and requests for money lull me into a stupor of inaction.  There is the starving child homeless in Haiti and I can’t believe there are so many people like me who cannot find just 5 minutes a day to respond to her cries for help, but my sleepless nights seesaw with skeletal images of this poor child, and then there is the poor man in Nigeria, a former prince actually, who was left this rather large sum of money by a distant relative. He needs my help - I know it sounds incredible, but he plans to share his enormous fortune with me, and I barely know the man, but since he cannot collect this princely sum without my help, I must step up and be a man because there is help with erections, and a man with erections can always help because there are insanely low interest rates that only online banks in Eastern Europe can offer to people like me, which is why I must invest in tomorrow today with the help of other people like me.   There are even points I can collect if I sign up now because people really do like me, I know this for a fact; everyday I receive requests for my friendship from high school chums I cant even remember, but however foggy my memory of these friends are,  I know that I am so blessed for a limited time, as I can now purchase gingko for wholesale prices, God knows I need to save my pennies, because for pennies a day I can change a life, and you can too, so reach out and touch the life of someone like Mali, who lives in a small village in Africa, ( did you know it takes a village to raise a child?), and Mali needs more than just my beer money for mosquito nets, which he must have or he will for sure catch malaria, SARS, bird flu, the clap;  maybe Mali will die from HIV like his poor mother, Madonna, who left Mali an orphan. It is no wonder I cannot sleep. How do I  get the image of my new friend Nikki69 and her triple DDD size breasts out of my head? She wants to follow me on Twitter, because.....well, people like me.
Posted by dense milt at 9:16 PM No comments:

The Two Morons of Heligoland 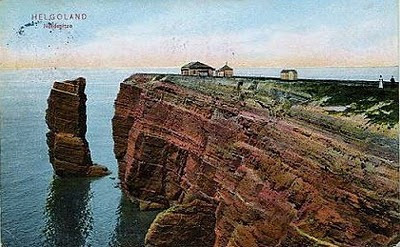 Identical twin boys of little intelligence were born to Heisenberg, the physicist from the archipelago of Heligoland in the Northern Sea, and actress Jane Fonda, the most famous descendant of the predominant tall, big-boned and blonde haired ethnic group of Heligoland, the Frisians; Fonda was formerly called Hanoi Jane, due to her youthful activism, but became better known later in her life for looking good in spandex; she arrived in Heligoland after hearing about the mild climate, its beautiful cliffs, and the relative lack of pollens in the air ( this feature being beneficial for her allergies), and so, she fell in love with Heligoland and the much older physicist Heisenberg, who was the author of the Principle of Uncertainty, which postulates “the more precisely one property is known, the less precisely the other can be known”, a principle that encapsulated the many personal doubts that Heisenberg struggled with when the famous actress “fell” for him. It was commonly understood by all Heligolanders, both Upperland and Lowerlanders (most Middlelanders being undecided in this matter) that Heisenberg’s inner doubts and demons may have physically manifested themselves in the birth of their identical twin sons, who were unfortunate to be possessed of little intelligence; in fact, the two boys were morons, a more accurate term describing their relative intelligence in comparison to the average Heligolander. As the identical twins grew older, their  moronic adventures brought much embarrassment to the highly intelligent Heisenberg.  Too many times, their daily walks upon the edges of Heligoland’s strange triangulated cliffs, in particular, the southwestern cliff that drops over 50 metres to the ocean, and then another 56 metres to the ocean floor would be the talk of Heligoland; the moronic twins loved to get as close to the edge as they could without falling to their deaths, and would peer across the cliffs to the most famous free standing rock column of Heligoland, the "Tall Anna". Many Upperlanders believe that while the beauty of Tall Anna may have drawn the brothers to the edge of the cliffs, surely, it was pure dumb luck that saved one of the boys that fateful day, the day that one twin got too close to the edge and fell to his death; the Lowerlanders, being Frankish descendents of Charlemagne, had openly cheered for both boys to plunge to their watery grave, for the Lowerlanders disdained Heisenberg and his famous Frisian wife, and had made them the butt of a rather racy but convoluted Quantum Mechanics joke, one that compared Heisenberg’s wife with Einstein’s Slit; however, it was the Middlelanders, who having survived the repeated bombing of the Big Bang in WWII, reasoned the survival of the one moron brother was most likely due to the simple fact that one of the moron brothers was a little “more on” the cliff than the unfortunate moron brother who fell off.
Posted by dense milt at 11:48 PM 1 comment:

Posted by dense milt at 8:47 PM No comments:

The white page begs for words like the drug addict who, asking for spare change for food, really want drugs to satisfy their craving, but the white page, while literally starving for verbs to fill the barren expanse bereft of subject or predicate, will not be satisfied with mere words as the real craving is for something better, something like the complete thought that turns into a perfect sentence, a sentence to end all sentences, a sentence that shouts to the world, I Will Work for Words, until word after word the white page fills with words and is no longer blank or void of meaning, but still this is not enough, no the half page mocks the writer, whispers in his ear, taunting him with the thought that anybody can draw up a list- this is not talent; what a page desires are full blown stories, romances, mystery, nods to the masters, not just words lifted from the latest book you have read, but instead a humorous tale with a payoff line that screams brilliance, please don’t even consider stopping here when you have more to give, just acknowledge that a page has needs too, and so the writer proclaims to the page that the words he has written will grow like seeds upon the ground, and gathering hubris, says that one day he will be called the Johnny Appleseed of words, and his words will propagate, spreading far and wide, single words begetting more words, until fruitful sequences of words dream of becoming paragraphs, paragraphs that force pages into turning over, and soon both sides of the page are completely full and satisfied, and the writer, who is now on a roll, reaches for a new white page.
Posted by dense milt at 8:38 AM No comments: