They Burn Witches, Don't They? 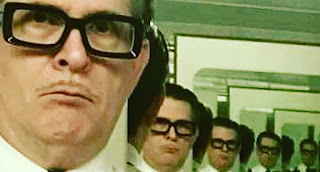 Do you remember the movie They Shoot Horses, Don’t They? From the novel by Horace McCoy, it tells the story of survival, endurance, and exhaustion. Can these star-crossed lovers survive the marathon? “Is it safe?,”hissed Laurence Olivier to Dustin Hoffman in Marathon Man. No. It is not safe.
Will we survive the pandemic-probably. But I may lose my mind first,
Stress Is A Killer. And I am stressed.
Still working, for which I am so grateful as financial ruin is not something to consider in your sixties. It is a marathon they say. My bank callled to remind me to come in for investment counseling, and I said, Have you seen the news? The stock market is crashing.
Oh yeah, they said, the best time to invest. Buy low. Sell high.
Makes sense, but there lurks a dread that this is just another trick to take the last shreds of security away. Fuck finance, let’s dance!
So we keep dancing .
Six feet apart.
Do you think air sex is next?
Truly strange times.
Inside the fortune cookie, a small piece of paper.
You crack the inedible treat to get to your future, your fortune, the gooey truthy centre.
It says, breathe.
Inspiration is the taking in of breath.
Shallow breathing in these times of pandemic.
Don’t touch. Barely breathe. Wash your hands for twenty seconds.
I must confess I have always been more of a ten second kind of guy.
So I wash twice.
Wash, lather, rinse. REPEAT.
Repeat or repent, sinner.
Are you a repeat sinner?
Who isn’t?
But concentrate kid. Keep your eyes on the bouncing ball. The prize inside.
The fortune cookie crumbling in the crackerjacks.
Did you touch it? You just bought it. Can’t put it back. Wash, spray, disinfect.
I went shopping for food last night. A young couple reached for the last bottle of whipped cream.
They put it back, I lean in.
They reconsider and it is still in there hand. I want that cream, but you know.
They touched it. They keep touching and dithering. So cute these young people.
So touching. So much touching.
There are many small worlds in our big world. Many views and theories.
I keep getting so many informative videos from “friends “.
Except most are filled with fake news. Mistruths. Lies even.
Or just misguided, well meaning?
Which in another tune was amusing. Now it could be deadly.
I am writing this on a phone, which keeps autocorrecting.
Phone was just turned into phobe.
Which sounds like fob. No keys anymore,  only fobs.
Fobbed off.
Do you feel a little fobbed off?
Just tell the world to fob off.
And keep dancing.
It’s almost happy hour.
Somewhere. 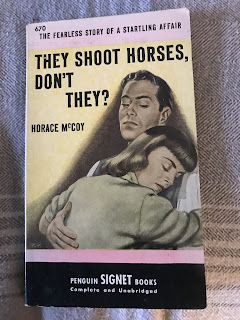 Posted by dense milt at 4:49 PM No comments:

To My Mother - on what would have been her 99th birthday 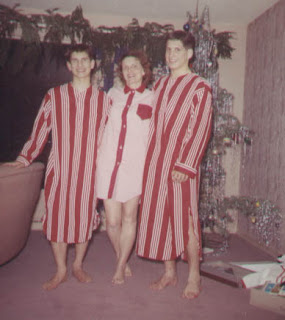 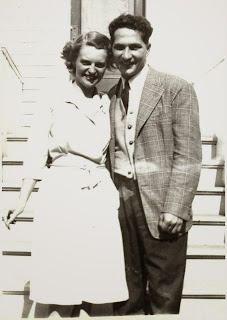 When I remember my mother I long for a conversation with her.   She would have been 99 years old tomorrow.   She left us about 6 years ago, but in reality, she was not herself for many years before her death.
After my father died in 2006, my mother seemed happy for a while, living alone and independently in a new apartment.  My eldest brother Pat would drive down from Kent, Washington to have lunch with her at Applebees.  That was there favourite.  Mom  would have some kind of shrimp and rice dish, if I remember ( and I really don't trust myself on this.)  But for sure they would share a Blondie with ice cream and some kind of caramel sauce for dessert.  We would visit her, and she was busy with her volunteer work doing hospice work.
After a while, we noticed small things at first.  She needed some help with the cleaning, and my sister would make her some meals for the freezer; all she had to do was defrost.   We would try to help cleaning up when we came to visit, but she would get agitated and cranky if we tried to throw out the papers.  "I haven't got to them, but I will."  Later, we would try to help downsize and her response was similar.  What about all this yarn and dress patterns from the 60's?   Do you use that anymore?
Well, I might get to it.  Don't touch it please.

When at age 49, I had a heart attack, my mother, before the dementia set in, was by my bedside holding my hand, her little boy in bed. I've written before about her hands. Her hands were so soft, worn down and worn in from all the children, the laundry, the dishes, the endless cleaning that a house of seven children would bring.

Those were the same hands that found me in Atlanta.

One day my brother Pat came to visit and found her on the couch.  She had been there for some time. She was alive, but dehydrated.
My mother often had these small strokes, called TIAs, also called transient ischemic attack.  Essentially they were mini-strokes.  She had probably had one, and couldn't get up.
The place where she lived was a retirement home with assisted living when one needed it.
They also had a medical facility with beds, nurses etc.   My father had died there.
They moved Mom to the medical facility, and we came down to move her belongings to a smaller unit that had more medical assistance.
Unfortunately, when the time came for her to move in there, she was beyond that stage.  She would have to stay in full time assisted situation.
I am probably forgetting lots of details.   Sad to say, I actually forgot the year she died, and had to ask my brother.
I suppose we should have seen this coming long before, the forgetfulness, the insecurity with change.  But she had kept it all together when my Dad was alive.  They both probably covered for each, conscious or not.
Anyway, she went from living with him as she had done for over 60 years, to living alone, to living in a long term care facility.   She moved to Atlanta to be closer to my next youngest sister.  She was across the country, so visits were not easy.
When we would visit, her decline became more obvious, as dementia progressed to Alzheimers to Parkinsons.  Still, she would gift us with her occasional laugh, what I took as recognition and a conspiratorial wink, making me think that just maybe she ws still in there, not completely lost, but struggling to get to the surface of her congested mind.
Today our society is shutting doors, cancelling events, and general panic and hysteria compete with science and reason, and we try to control this viral pandemic. How will we react if the people we love get sick?
I remember as a young child, lying in bed with scarlet fever, chicken pox, or measles (both German and non-German) my head burning with fever, and the bed spinning, and the room coming in and out of focus, the kind gentle hands of my mother, so cooling, so soft wiped my brow, brushed my cheek, and held my hands.
My mother sent me to school with the measles.  I came home with a fever of 104.  She sent my sister to school with a fractured arm.  Seven kids.  She was run off her feet.  She wasn't perfect.  Hell, nobody is. But how I still crave the caress of my mother, wanting wanting always waiting and wanting more.

I remember her reading to me as a child.  Hush hush. Who whispers. Who dares?  Christopher Robin is saying his prayers.  James James Morrison Morrison Weatherby George Dupree.  Took great care of his mother.  Though he was only three.  James James Morrison Morrison said to his mother, said he.  You must never go down to the end of the town, if you don't go down with me.
Both my parents went down to the end of the town without me.  They are gone for 14 years and 6 years respectively.  My eldest brother Pat died two years to the day as my Mother. He has been gone for 4 years.

But life goes on. I have much to be thankful for.  The love of my life, who still seems to like me, which after 41 years, is no small feat.   My dearest daughter, to whom I read those same verses.   My beautiful sisters and brothers, and so many friends who are like family.

My mother and father met in the war.  Their favourite song was I Walk Alone.  It is a sad song about the one left behind.  He had gone away with navy, and she was also in the navy, but stayed on shore.  When he returned, she claimed she didn't recognize him.   But I guess they got reacquainted, as they had seven kids, and they had kids, the kids had kids and on and on.

I guess it's time to finish this thing.  I'll say good bye, but good bye is too good a word babe. So I'll just say, fare thee well.  And next year, we will salute her 100th year.