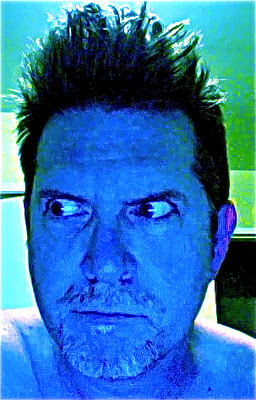 This weekend local elections were held and I voted.  My candidate for Mayor did not win; three out of 6 of my councillors won and three did not.  Was I satisfied with the outcome?  To be frank, I did not know the candidates well enough to know if it was the best decision.   But I still voted.

Why vote?  I posted on my facebook the thought to Occupy the Voting Booth or shut the F. up.   Apparently many people thought this was of interest, as it drew many comments.

The same day I wrote a blog post on Screaming Growling Art which attracted two people to comment.  I should have titled it Occupy Screaming Growing Art if I wanted people to read it.

I digress.  Why do I vote when in some cases I'm not totally sure who the right person is to vote for?   Because like many immigrants to Canada, I went through a process to be able to vote, making the right to vote more important to me.

I was born in Canada in 1958, and moved to the US in 1963. My father and mother moved us to the US, and as a child I had no say in the matter.  I enjoyed my childhood there, making many friends.   One friend from grade 8 just called me the other day.  He is a lawyer in San Diego.  We had great laughs remembering our grade 8 Social Studies class, where we played an educational role playing game called Disunia- where we replicated some of the decisions by the original colonists to try to create a republic.  It was great fun, but I reminded my friend of the time our teacher brought us into his room, and reprimanded us for messing up the game for the other kids.  We were having our intellectual fun times, and because of some actions, threatened to mess up the role playing so that we would have a similar outcome.  At least that is how I remember it.

My parents wanted to become US citizens so they wrote the tests and we went to ceremony and some of us were naturalized as US citizens along with our parents.   In 1973 we moved back to Canada, entering the country as landed immigrants.   How could this be?  We were born in Canada.
Well at the time my parents gave up their citizenship to become citizens of the US, they also conveniently gave up my Canadian citizenship.  So as a Canadian by birth, I was a landed immigrant.
Flash forward many years, and the names changed and I was a Permanent Resident.  This always caused much discussion as I crossed the border, as I would have to explain the whole thing.

So in 2003, some thirty years after moving back to Canada, I decided to apply to regain my Canadian citizenship.  In 2005, I attended a ceremony in Canada along with all the many immigrants from about 50 different countries who were also becoming a Canadian.  They even made a joke about it; look at all the people from all over the world wanting to become a Canadian. Why, we even have a Canadian who wants to be a Canadian!

Since that day, I have voted in every possible election.  I had some years to make up.  I always try to inform myself and make the best decision possible.  People are fighting all over the world for the right to have a say; yet in most communities in North America, voter turnout is around 30 something %- in the town of my birth, Burnaby, only 15% of the eligible voters voted.

I know many of my friends believe that the old saying, If elections changed anything, they would be outlawed.  The same old crooks get in no matter.  They are all devils of a similar color no matter what the labels say.   Even the labels are confusing.  In BC, we have a provincial party called the Liberals, who are not affiliated with the Federal Liberal party.  They are not even "liberal".

Does civic responsibility end at voting?  No, it is the bare minimum involvement.

Does your vote matter?  Ask Ellen Woodsworth if a single vote matters?  How about 100 votes?   If the 60+% who didn't vote voted for Ellen and Tim and RJ and Sandy and all the other candidates that worked hard to represent their city, then the results may have been different.  Elections are decided all over the place by the smallest of margins.  Margins smaller than the margin of error.

Meanwhile in Syria, people are killed by their own government for trying to stand up for a right to vote.
Posted by dense milt at 10:14 PM