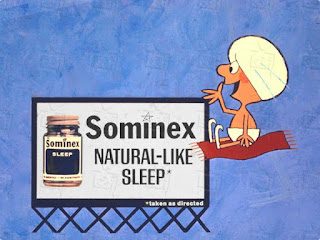 Woke up at 1:20 after going to bed at 11:00, a full 140 minutes of slumber, as I heard my 14 year old terrier “ getting busy” in the other room, trying to get out of the glass door to the balcony.  My wife gets up and I assume she is letting her out, and she confirms such, but I continue to hear the terrier’s frantic scratching at the glass and fake wood floor, accented with a moan that either means she had to poop, or that there is an animal outside, and she is intoxicated by the pheromones.

So I get out of bed, put on pants and shoes and take her out for a walk.  I remember to put on my glasses,which coincidentally I had forgotten that previous morning, getting into the car and realizing I had no spectacles on, when I am required by law to have said spectacles on.  I had walked out of the apartment without them.

But for this early morning walk, I had my vision and my mask for the elevator ride, and walked out the front door with the frantic pooch.  The air smelled like wood burning somewhere close, a humid and warm spring air, redolent with that after smell of char.  Maisy, the terrier in question, as opposed to questionable terrier, is losing her sight, but has an intense sense of smell.  She is after all a ratter, by nature, and her nose is rarely far from the ground,  She is teaching me at age 64 to be patient, a quality quite foreign to me, as she is increasingly more tentative in her movements, unless SQUIRREL!  Squirrel trumps all other smells.  A month ago my wife, Michelle, let’s give her a name as well, was walking Maisy when SQUIRREL! And Maisy took off running, poor Michelle barely keeping up with her, and all the while the leash choking her a bit, as she goes about half a block, and collapses near the side of the  road, her eyes stunned, her tongue hanging out, as still as if she were dead.  Michelle proceeded to give her mouth to mouth ( how that exactly works I can only imagine) until she comes back to the living, and Michelle carries her 25 lb dog all the way home in her arms.  Awhile later Maisy is fine, having survived her excitement and blackout with the reset only dogs can approximate.

This evening or morning rather, at 1 something it is hard to know or care what exact time it is, Maisy is sniffing and walking slowly, getting deep into the taller grass that is so fashionable these days. I keep following her with the leash, ducking under branches around trees, along the distorted sidewalks of my neighbourhood, until somewhere mid- block she stops.  It is so dark I cannot see what she is doing.  Pooping, perhaps, but I realize I am without cell phone, which has the flashlight feature, so I cannot even pick up whatever she is leaving, if she is leaving anything at all.  No, I will have to come back again the daylight and survey the scene.

We finished our truncated journey, and return to the apartment, Maisy is calmer, so I assume she did in fact have to poop, and hence the rationale for the moaning.  I fall back to sleep until 4:30, when a dream or my cold feet or my dear Michelle’s snoring wakes me again.  I normally am up in the late “4’s” or early 5’s, so I get up, and put my headphones on and begin my cardio exercises.   I finish about 5:30, so let’s take the little stinker out for a proper morning walk.  I am listening to the new Sharon Van Etten, which is kind of dreary to be honest, and Maisy is stopping suddenly  and jerking the leash and giving me the stink eye, so I keep resorting to lessons learned in a few Akido lessons, which is when meeting resistance, to go with the resistance as opposed to engaging in further resistance.  It works to some degree, and the walk ends up being a strange mixture of tall grass and concrete steep hills, Maisy keeping to the edges, where she feels safer, and truth be told, rewards her with more “ street food”.

We try to discourage street food, as Kleenex, and coyote poop and pork bone shards are not really the best diet for a small senior dog, one with more will that sense. My daughter once made me a t-shirt of a drawing of Maisy and the slogan 60% Poop, 40% Anger.  Pretty much sums up my terrier.  What kind of terrier you may well ask?  My standard line is part Scottie, perhaps a dash of dachshund, and part Al Qaeda.

I return home with dog and make my usual breakfast of two thin slices of toast, one small 7 minute egg, and decaf coffee, and begin the reading of the various writers that I follow on Substack. My latest favourites are Bill Richardson, who has one called Grief, Memory, Three O’Clock in the Morning: My Mavis Gallant Centennial Diary.  Today was the 21st post.  Bill is a distinguished author, celebrity, radio personality who is also a dear old friend, having purchased at one point a chaise longue from him, and he singing The Look of Love with my band Jazzmanian Devils.

Chaise Longue reminds me of the hilarious song by Wet Leg:

Mommy, daddy, look at me
I went to school and I got a degree
All my friends call it "the big D"
I went to school and I got the big D
I got the big D
I got the big D
I got the big D
I went to school and I got the big D
Is your muffin buttered?
Would you like us to assign someone to butter your muffin?
Excuse me (what?)
Excuse me (what?)
Hey you, over there
On the chaise longue in your underwear
What are you doing sitting down?
You should be horizontal now
Yesterday was Friday, which is the fifth day of the work week, and my favourite day, in that I get to leave early, and go home to do my Zoom call exercise.  This is part of the hospital rehab program.  There is about 30 minutes of exercise, then 15 minutes or so of lessons.  Today’s lesson was heart failure,a condition I wrote about before in this blog , called http://www.densemilt.com/2009/09/like-drowning-in-your-own-body.html
It is about my father, who died from heart failure. So I know a bit about that.  I was listening to the instructor inform us all about heart failure,  then found myself waking up and hour later, only to discover the zoom call had ended about an hour previous, and I had fallen asleep in a folding chair staring at an IPad.  I apologized to the teacher because I get up very early.  Kind of like what happened today.  I had maybe 4 1/2 hours sleep, and not uninterrupted at that.
So no worry here of being called “woke”, an epithet used by the right and the left to describe the supposed left leaning soft gooey centre.  The Cancel Culture Police.  As we called it in the Eighties, the Politically Correct.  Everyone loves labels.  And no one likes being told what to think or say.  But I find it strange that the Right and the Harder Left use the same language to disparage people who are trying to be a better version of themselves.
Is it right to call out racism and sexism and homophobia, or is it wrong to make people feel bad when they tell bad jokes, at the expense of others?  But isn’t all comedy time and tragedy?  Isn’t all humour based on ridicule and putting other people down?  Are we all getting too thin skinned or is the issue that people are too thick to see that some words can be hurtful?
I am not one to lecture anyone of what to say or what not to say, as I have been guilty of putting my foot in my mouth too many times to count.  And I despise sanctimony and piety as well as fundamentalists. But I also believe in the ability of people to change, and the need for the possibility of redemption, and reinvention.
But this labeling cuts across all labels.  Everyone is guilty of being judgey. There are forces that want only to further the divide.  And if we have any hope of survival, it is only to find commonality not division.  There are good people and bad people, and good in bad people and bad in good people.  It is my belief that everyone needs respect and value and humour.   But I also recognize the value of a common enemy, the enemy that brings us together.
The challenge is:
Who do we hate this week?
And why do we always have to go to hate?
Why do we seek peace by declaring war?
Why did the Sominex people use an Indian man on a flying carpet to advertise sleeping pills.
And most importantly, why do some people hate raisins so much?
Posted by dense milt at 8:45 AM