The Land of Likes 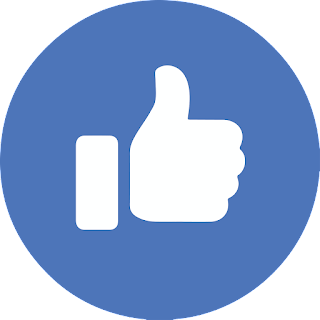 “ I wonder sometimes if I’ve become too strange. I wear the same shirt for days. I’ve forgotten how to speak aloud. I mutter and mumble and forget that words have consonants. I forget where the sentences start. I forget they can’t hear my thoughts. ”

I have been back to work for over three months.  When I was  off for three months of work, it felt restorative, as in restorative justice.  Three months back in feels like a relapse.  My office, which I chose, is right at the front of the building.  I see all who come into the office first. Not directly, as I don’t face the door, I can see the front desk from the window in the wall that closes in on me.  I can see reflections of people as the come into the lobby.  I can hear their voices before I see them.  Hello? Is there anybody there?

We have had receptionists, and we have lost receptionists over the years.  I forget all their names.  I half remember a skit from a comedy show, perhaps Kids in the Hall, where the new receptionist is called Jane 2.  They are always Jane, names interchangeable, it doesn’t matter, you won’t really get to know them.  Young women on the road to another job, shifting like the sands in an hourglass, so are The Days of Our Lives.

Like that daytime soap opera from days gone by, everything is falling into place.  Or is it?  Is it just falling?  Did he jump or was he pushed?  Honestly, I’ve never met someone like them before- one of kind- is that what they say when I’m gone, or it is more of  you must be Dennis Two.  We are all replaceable.  Interchangeable parts, cogs in the wheel, sounds like …….

Everything is broken is more like it.  Broken English, fractured fairy tales, shards of dignity, how low can you go?  Lower than you think.

I’ve been reading lots of Substack lately.  If you are not in the loop, Substack is the new self publishing platform for writers.  Readers can read content for free, except some content is for subscribers only.  You can subscribe for as low as $5 a month.   But that $5 can add up pretty quick if you follow lots of authors.  Who should I be a patron for, who gets to read only the free stuff?  From the writer’s perspective, the many people who subscribe can add up to an independent wage.  It’s simple math. It’s a relationship, simple.  It’s simply computing, compiling, consensual, and full of content and contempt.

We live in the land of likes, in a world of followers,  in the time of subscriptions.  Hits and misses. Thumbs up and Thumbs down.  Two thumbs up.  Ricky and Pete!

That’s a private joke as we watched what I recall was a horrible movie from Australia called Ricky and Pete, which had garnered the coveted Two Thumbs Up ( Siskel and Ebert).  Whenever we would watch a clunker it was Two Thumbs Up- Ricky and Pete.

Give me a break. You deserve a break. Gimme five. Get down and give me ten.  Gimme gimme gimme.

It seems quaint to actually own something, or someone.  We are just rentals. Overdue rentals.

I introduced loyalty cards to the bakery that I managed almost 22 years ago.  I was far from the first to do so, it was common practice, a gimmick but effective. It worked.  People like free stuff. They like recognition.  They love likes.

In those days, it was early enough.  People’s  wallets were not full of the things.  Wallets got so full of loyalty cards, that some swapped the cards out for phone numbers.  “ I can’t possibly have room in my wallet for all those cards.”   Phone numbers are far easier to manage.  Who can’t remember their phone number?

In the old days, we remembered lots of phone numbers. Today we can remember only our own.  And don’t get me started on passwords. And pockets. It’s a senior’s life of pockets and passé words.

Scan my forehead.  Read my lips.  Just look in my iris and know me.  Really know me.  Like Sally Field’s famous acceptance speech.