Buried in the Past but Still Pissin' in the Wind 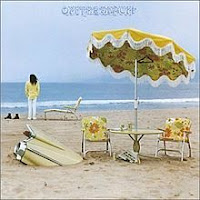 An ambulance can only go so fast
It's easy to get buried in the past
When you try to make a good thing last.
I never knew a man could tell so many lies
He had a different story for every set of eyes.
How can he remember who he's talkin' to?
'Cause I know it ain't me, and I hope it isn't you.
And I still can hear him say:
You're all just pissin' in the wind
You don't know it but you are.
And there ain't nothin' like a friend
Who can tell you you're just pissin' in the wind.

This is the first post of 2012, and I can proudly report I am still pissin' in th wind.
As the man says," It's easy to get buried in the past". For me, this is especially true and apt.
In 2007 I nearly buried myself. In the five years that have passed since my cardiac adventure, I reconnected with my creative self. I started writing Condensed Milt and other blogs.
I have unsuccessfully tried to initiate some musical projects. I reconnected with friends from my creative time of the late 70's-80's.
One of those friends was Lenore Herb, who left us in October 2010. Along with a few other
friends, we formed a group called VDOC to promote her work, to help preserve the reportage and art she had created, work that was corroding with time.
It became so important to try to bring attention to the potential loss, as so much vitality was
tied up in these videos. The Lenore Herb collection captures my youth revolution,
chronicles the creative process, and bursts forth with a vitality missing in my life today.

"It's easy to get buried in the past." I have tried to claw my way out of the grave. I have tried to
reinsert myself in the history, dusting off the memories, telling the stories that have yet to be
told.
I believe the work we created still sparkles. AKA was one of the best bands of that time.
Musically, lyrically, presentation, execution, performance, politics.
We were left out of the official record of that time, Bloodied but Unbowed.
We were not the only group left out.
But the void still rankles.
No mention, no one interested enough to include any music, footage, opinions.
Not in the film, or the extras.

The film is a vital piece of work that jumps right out of the television screen. It works much
better on the small screen than the big screen. It is not lessened by AKA's absence.
It stands on it's own as a great film. The more I see it, the more I enjoy it.
The filmmaker has no obligation to put us in the film, only to tell her story.
And yet....."it's easy to get buried in the past."

So as this new year begins with hope and trepidation, I may be buried in the past, but I will
continue to write about what interests me. I hope it interests a few of you.
Writing is different than music. Music gives you an immediate reaction to your creation.
You can feel it, hear it, and see with your own eyes the truth of the reaction.
Writing offers more freedom. I don't need to have a band to write.
I don't need to pin jello to the wall in trying to schedule grown adults for rehearsals.
I just write it and post it. Put it out there.  I try very hard not to overthink or overwrite it.
I want the truth of the moment. I don't want to give myself the opportunity to second guess.
This helps to make the writing as immediate as the music was.
But at times, it seems I am just pissin' in the wind.
Sometimes, I get blowback. Sometimes, I get wet. I get sent to the showers.
Feel free to be the friend that says, Dense, you are pissin' in the wind.
Because I take that as a good thing.
Because I would rather keep pissin' in the wind instead of being buried in the past.

So it's time to move on, past the jealousy and anger. It's time to tell my stories.

Gather round. It's going to get weird.

Email ThisBlogThis!Share to TwitterShare to FacebookShare to Pinterest
Labels: Neil Young On the Beach