THE SHADOW OF YOUR SMILE, THE ORBIT OF YOUR SOUL 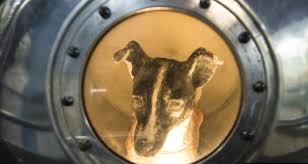 The final mystery is oneself. When one has weighed the sun in the balance, and measured the steps of the moon, and mapped out the seven heavens star by star, there still remains oneself. Who can calculate the orbit of his own soul?  Oscar Wilde De Profundis

It's only rock'n'roll, but we like it. Mick Jagger, Rolling Stones

When someone dies, we write what we call an obituary. But when that someone is still alive, if they write about themselves, we call it autobiographical, or memoir. Memoir is from the French memoire- meaning memory. Memoirs are thought to be factual, although James Frey challenged that notion with his "memoir," A Million Little Pieces, an Oprah Book Club pick which was revealed to contain some content that was invented, or made up, to create a more salacious and profitable read. In other words, he lied, but he didn't get away with it.

At densemilt.com, we state our motto at the very top: "Never let the truth get in the way of a good story." We do not play the ball where it lies around here. If we need to kick that ball onto the green, well, we kick the ball. Not in an obvious way, of course, more of a side step, or a sidekick, which is more than the monkey to the grinder. But you know what they say- no monkey- no money.

Creative non-fiction like it's cousin, the autobiographical novel, offers a more transparent form of augmented memory. But since the whole world is on drugs, and almost everybody is subject to some kind of false memory, or especially memory loss, what is "truth" anyway?

It is said that we are living in a post-truth world. We play it safe, we play around with the facts, we know what we like, we eat what we want, we just get 'er done, and we are not afraid to lie to get where it counts.

I am calling this game what it is, and it is a game. It is a performance, sometimes well rehearsed, and sometimes, improvised. Improvisation is making do with what you have on hand, creative reinvention. It is resetting the tables that have turned, it is making it up as you go. Is it as Conway Twitty once said, 'only make believe? ' Are we all just marathon dancers in the make believe ballroom? What is the truth anymore? Is our very existence now nothing more than a travesty of truth? Is this is the orbituary of the soul, the run-around the rosie, the new truth of how we get around, how we are sharpening our survival skills, how we circumvent our venting, how we deny, deflect, and ultimately use the dodge to get out of Dodge?

So here I sit typing away on a cynical sunny Saturday, my chores half done, messing around with words, when I should be out soaking in the sun. Oscar Wilde wrote De Profundis, the words at the top, when he was sent to prison for the crime of loving another man. Laika was sent out in space by the Russians to prove the superiority of the Soviet system; poor Laika had no choice in the assignment.

Mick Jagger is closing in on 80, proving rock n roll is no longer a young man's game. Past his prime, he was Best Before. They forget to refrigerate after opening. While it is easy to make fun of the old guys, they still rock. They still roll. I see you rolling your eyes. "Oh, I didn't know that, but then again, there's only one I've met. An' he just smoked my eyelids An' punched my cigarette."

We are all looking for meaning, especially during this pandemic, when all the old rules are replaced with the new rules. The new rules aren't much different than rules they suggested back in 1917-18, during the Spanish Flu, which truth be told wasn't Spanish after all. Apparently it came from Kansas City. Kansas City Flu did not fit the narrative, so a sidestep. A shuffling of the chairs on the deck of the Titanic. Now the bricks lay on Grand Street where the neon madmen climb. They all fall there so perfectly; it all seems so well timed.  And here I sit so patiently waiting to find out what price you have to pay to get out of going through all these things twice. Bob Dylan.