Are You Still Counting To 20? 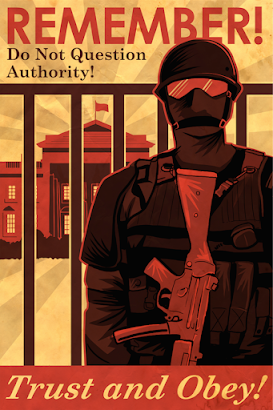 "As cognitive scientists who study the human mind, we suggest that this tendency to see human features everywhere is an innate human characteristic, one that automatically alerts you to signs of other people- and helps you make sense of a confusing world. "

From The conversation.com- \humanizing the coronavirus

Back in the late 90's I became the Manager of a bakery called Uprising Breads.  It was a Worker's Cooperative governed with a democratic management structure, which meant that the workers were the true owners; I was hired from within.  I was hired as a baker, worked the counter, did dishes, disastrously drove the bread van one day, took on the role of expanding the wholesale business, and finally, was hired by the collective to manage them.  This was a role of leadership, with limited authority bestowed upon me by the workers whom I managed.

As such, it was a role that required all the diplomacy I had acquired growing up as the number five  son in a family of seven kids.  I served at their discretion. As the governed were the true owners, all decisions needed to be somewhat transparent, and negotiated.   Truthfully, the role became very similar to that of an elected official.  My authority was consent based; consent was not implicit, but had to be gained through discussion. I was responsible with preparing a better vision that the group would accept.

Let me back up and say that I had no formal training for this position; I am a high school graduate, who had taken acting classes for 8 months.  (Much later I took some courses in copywriting, sales, marketing and purchasing, but my knowledge has always been self taught to some degree.)

It is said that good judgment comes from experience.  And experience comes from bad judgement.   Another favourite aphorism of mine is "It is the early bird that gets the worm, but it is the second mouse that gets the cheese."  Being an innovator is not always the easiest path; often it is better to come after, and learn from other's mistakes, rather than making them yourself.

Regrets, I've had a few.  Drinks as well, I've had a few.  It is funny at age 62 to ponder the concept of a career.  My job life has always been the means to an end, something I fell into, like hanging with the wrong crowd.  When  I managed the bakery, it was the early 90's.  I managed it for seven years, until the workers had to bring in private investors because the capital needs of one of the businesses had grown beyond the comfort level of investment the workers were prepared to make..  The investor said at one point that the bakery was not "core" to his acquisition strategy, so he offered it to me  for sale.   For many reasons, I chose not to buy the bakery, and it was sold to one of the workers whom I had been managing.

Now the workers were very confused.  I was still the Manager, and the new owner was one of them, but he had a different vision of how the bakery would run.   I stayed on for another 6 months, until he called me into his office one day ( my co-worker in the office left early that day, and she never left early), and gave me a letter.   In the letter was his offer for me to go away, with compensation, as I was being terminated without cause.  I said thank you, I would consult with my lawyer.   This statement took him aback a bit, but we soon came to an agreement.  And I stayed for another two months and then left.

I fondly remember this experience and have many memories.  The neighbourhood was working class and left leaning.  As a near original punk, I was familiar with concepts of anarchy, and one of my favourite buttons was QUESTION AUTHORITY.  That was almost a mantra.   Another button said "We don't want the crumbs, we want the whole damn bakery."

One afternoon, I was having a work meeting with one of the teams on the lawn across from the bakery.  I was trying to make some new policies clear, and gaining approval ( in my mind).   One of the workers disagreed with my idea of starting their shift earlier, and called me a fascist.  I said no, I was far from being a fascist, as real fascists actually killed people. I was just proposing a new work schedule.  Later, we would laugh about the conversation.

We had a suggestion box for customers to let us know their thoughts.   One customer wrote an angry diatribe against us. We had named a multigrain bun, rolled in sunflower seeds a Hedgehog roll.   He felt that this anthropomorphism of naming a bun after an animal, was indicative of a larger evil.   Such were the daily challenges of running a hippie bakery in a post-punk time.

For some reason, this trip down memory lane was sparked by the quote at the top in regards to how we try to humanize this virus, COVID 19.   The President called it our Invisible Enemy, and perhaps for a change, he is right.   Since 9/11, and War on Terror,  the US has been chasing phantoms, fears and invisible enemies.  Since fear is such a great motivator, it is important to always have something or someone to fear.  This new enemy is kind of perfect, in that it is invisible.  So the battle against it has become a war of words, a war of ways of life, a war of public health vs. warped concepts of freedom and liberty.  A war of facts, of who one chooses to believe, with various "news sources" competing for ratings, and pushing their own agendas of fear. Now anonymous YouTube videos are being held up as authority to believe in.

I am reminded of the concept of "when everything is a priority, then nothing becomes the priority."  More importantly, nothing gets done if everyone is staking out positions, with no agreement even on what constitutes reality anymore.   No wonder we are all starting to feel like we are losing our minds. 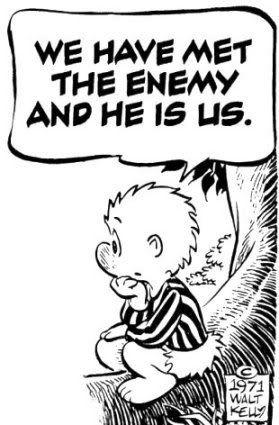 In a recent interview, Dr. Anthony Fauci was speaking about the anger and death threats he and his family are experiencing, and said "One of the problems we face in the United States is that unfortunately, there is a combination of an anti-science bias that people are - for reasons that sometimes are, you know, inconceivable and not understandable - they just don't believe science and they don't believe authority."

I think Fauci is on to something here.  There are so many people who deny the reality of climate change, even though the vast majority of scientists believe this threat to be real and credible.  More and more, we are seeing alt-this and alt-that, conspiracies galore.

Three years ago, I wrote a song satirizing these conspiracy theorists called ICEWALL.   The lyrics are almost tame now with the current level of crazy going on.  I wanted to write a love song from the point of view of a conspiracy theorist.  My daughter had introduced me to the concept of the Icewall, which flat earthers believe surrounds the flat earth, keeping all the oceans from falling off the edge.

Remember 911 was an inside job

That’s what I learned from my Uncle Bob

He should know it’s true, he was there that day

When the CIA shot JFK

And careful, chemtrails make you gay

And sex with animals, that’s ok

A tree falls in the forest- no sound

And some fools say the world is round

Round here we don’t take vaccines

What Chad Kroeger did to her was so mean

When he made her his lizard queen.

The world ends and what happens next

You were my world til you sent that text

Said you don’t love me and please don’t call

Don’t want to hear about my damned Icewall.

I hear Donald Trump has aides

Who make him swastika pancakes

And sex with Nazis, that’s ok

Early on in this pandemic, we were told by Public Health officials to wash our hands for 20 seconds, and maintain social distancing.  These officials are scientists, with training in epidemiology, viruses, and prevention.
Should we question their authority?
Does some angry guy on YouTube really know more than someone who has been studying and practicing this type of thing for decades?
Are you still counting to 20 when you wash your hands?
Posted by dense milt at 1:13 PM