The Courage of the Coward 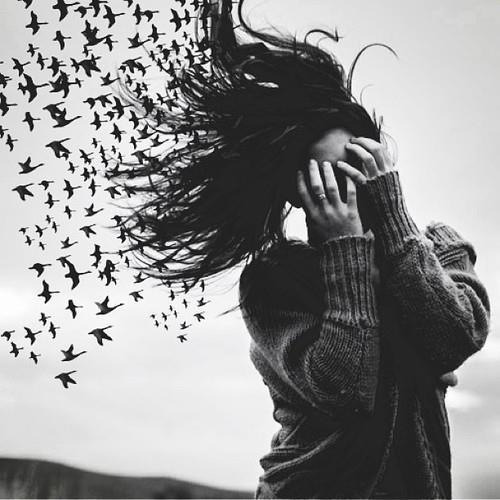 I was punched in the gut the other day scrolling through Facebook. A friend made a post about Anthony  Bourdain, the chef and author, who took his life two years ago.
Then I made the rookie mistake of reading the comments section.

It was there that a nasty comment jumped out, and shook me to the core. In these dark times, we are drowning in stupid comments , but this comment was one that was particularly stupid and heartless.

This guy, who I did not know, said something like this “ I loved all of his shows and read all his books, but man, he was a coward who took his own life. “

The implication was that Bourdain didn’t “man up.” He was "weak" for quitting. He was somehow less of a man, he was a COWARD. This was a comment that showed no sympathy for Bourdain's pain, nor any understanding that judgement is the last thing we need when discussing suicide or the vast reasons people choose to live or not to live. The comment was dripping with toxic masculinity.

This concept of calling someone a coward, because they choose suicide is disgusting.  First of all, nobody knows why someone is compelled to make this very personal and fatal choice to live or die.  Is it cowardice to not want to continue living?  What if the person had terminal cancer? What if they had suffered untold pain, and felt they had no one who could help? Why is it that we accept poor health but not mental health as a factor in the decision?

There is no question that suicide is hardest for those who are left behind, the loved ones who have to sort through the reasons and the wreckage, the ifs and whys, the blame, the shame, and in the end the thoughts that never end - ‘what could I have done to prevent this from happening?

This is from a blog post that I wrote 6 years ago,  when Robin Williams died.

"Suicide is not chosen; it happens when pain exceeds resources for coping with pain."

"That's all it's about. You are not a bad person, or crazy, or weak, or flawed, because you feel suicidal. It doesn't even mean that you really want to die - it only means that you have more pain than you can cope with right now. If I start piling weights on your shoulders, you will eventually collapse if I add enough weights... no matter how much you want to remain standing. Willpower has nothing to do with it. Of course you would cheer yourself up, if you could. "

"Don't accept it if someone tells you, "That's not enough to be suicidal about." There are many kinds of pain that may lead to suicide. Whether or not the pain is bearable may differ from person to person. What might be bearable to someone else, may not be bearable to you. The point at which the pain becomes unbearable depends on what kinds of coping resources you have. Individuals vary greatly in their capacity to withstand pain. "

"When pain exceeds pain-coping resources, suicidal feelings are the result. Suicide is neither wrong nor right; it is not a defect of character; it is morally neutral. It is simply an imbalance of pain versus coping resources.

You can survive suicidal feelings if you do either of two things:

(2) find a way to increase your coping resources.

And I have had friends who ended their life.  When someone gets to my age, that is inevitable. I can rationally accept that this is a choice that people make in desperation.  And I am haunted by the loss.    But the use of the word coward seemed so callous, so unsympathetic, so dismissive of a decision that is deeply personal.

So I was reminded of Vic Chesnutt, who committed suicide on Christmas Day in 2009. Earlier in 2009, Vic Chesnutt released his last record, At The Cut.  It featured the song I've Flirted With You All My Life, a song he described as a song about his relationship with death.

But the album starts off with the song COWARD.  Vic starts on acoustic guitar and then we hear him say “The courage of the coward is greater than all others.”

The courage of the coward

Is greater than all others

If you back 'im in a corner

Courage born of despair and impotence

Lash out in fear and be

Cowards are not normally thought of as courageous.  And yet, it takes great courage to live our lives. We have to understand that  people at the end of their ropes, may think that in the act of taking their own life, they are relieving others of the burden. I am not claiming that the act of suicide is an act of bravery, but that it is one of the unexplainable things in life that is so personal, we don't really get to have an opinion. Because even though the act affects us all so deeply, it is not about us.

Perhaps it is that feeling of impotence, lack of control that is hardest to come to terms with.

In his final interview, which aired on National Public Radio 24 days before his death, Chesnutt said that he had "attempted suicide three or four times [before].

Patti Smith said in a statement, “He possessed an unearthly energy and yet was humanistic with the common man in mind,” He was entirely present and entirely somewhere else. A mystical somewhere else. A child and an old guy as he called himself. Before he made an album he said he was a bum. Now he is in flight, bumming round beyond the little room. With his angel voice.”

After his death, his close friend, Kristin Hersh wrote a book titled Don't Suck, Don't Die: Giving Up Vic Chesnutt, which was published by University of Texas Press and released on October 1, 2015.

"The effect is extraordinarily powerful — it gives Hersh a way to express both the love and the anger that Chesnutt inspired in her. And anyone who's lost a close friend or family member knows what that mixture feels like. It's irrational and confusing, and Hersh captures it perfectly. "[Y]ou started with a broken heart and blamed everyone you met after that for breaking it," she writes. And then later, nearly broken under the weight of her grief: "Fallen, but not in free fall: in misery, but still singing. 'I am not a good ... man.' No, not always. But you were maybe a good angel."

Hersh writes, "Sometimes we wanna die. And sometimes we watch each other live through it. This is maybe all the saving anyone ever amounts to."