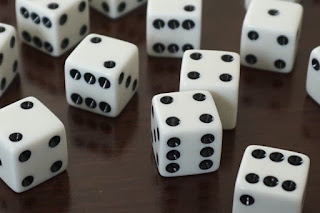 Welcome to 2021. A brand new year.   Let us summarize the previous year, what we have accomplished, and hopefully where  we go from here.

The most read was The Stages of Pandemic Grief.  We can see that the numbers have fallen off in the last two months; our team of analysts have yet to discover the reasons for this.  I once remarked that shit happens - for a reason.  My wife corrected me.  Shit happens, she said, and then we search for reasons.  Sometimes there is no reason, sometimes the answer is that there is no answer.  Choices are only chance, luck, fate, a lottery ticket forgotten in the jacket you are buried in.

One thing for certain,  we are stuck on shuffle, the random elements are ruling the roost. Someone left a cake out in the rain.  We don't think that we can take it, but we find out that indeed we can take it. We have no choice but to take it and pretend we like it.

Men don't need reasons to make lists up.  It is programmed in the suicidal genes, the X chromosome. When I was a young boy, I made up all kinds of lists.  I made up lists of all the countries in the world.  I wrote these down on graph paper, the forerunner of the spreadsheet.

I wrote the names of all the capitals, and then all the leaders from A-Z.  Then I would stage wars with these countries, rolling a pair of dice to determine the fate of  Trinidad or French Congo.   Perhaps these dice games were not so far off from the way the real leaders played out their games of chance. 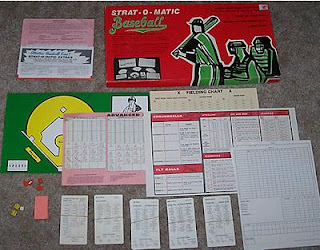 I progressed from graph paper to Strat-O-Matic Baseball. Every team, every player, and every season new cards arrived.  Nerds like me would replay entire seasons, compiling our own stats in the Strat -O-Matic world.

My favourite team was the San Francisco Giants, with Willie Mays, Bobby Bonds ( father of disputed Home Run King*- Barry Bonds), Juan Marichal, Willie McCovey, Chris Speier, Tito Fuentes and so many more.  Even the lousy players had their own cards.

Kansas City Royals had a guy named Freddie Patek.  Now all you Royals fans, don't assume I am calling Freddie a lousy player.  Nothing can be further from the truth. The numbers don't lie. 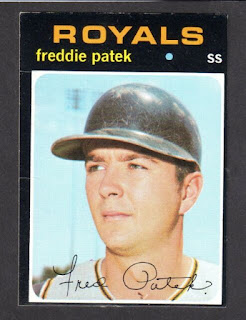 I have no idea why my brain dredged old Freddie up.  Perhaps nostalgia for guys named Freddie.  My dad was named Freddie.  I had a teen friend named Fred, who moved away to Louisiana.  In those days, when friends moved away, you wrote them letters.  Now I don't even remember his last name, and yet I remember Freddie Patek.
Fun fact for nerds: the singular form of dice is die.   The word die comes from Old French dé; from Latin datum "something which is given or played". In English, the most common way to make nouns plural is to add an S. If die followed that rule, its plural form would be dies."
So it may not be that great a leap to think that life and death could be determined by the roll of the dice.
Games involving dice are mentioned in the ancient books. There are several biblical references to "casting lots" , as in Psalm 22, indicating that dicing (or a related activity) was commonplace.
Dicing?
I digress here, but what was the psalm with the casting couches?
Dice are very popular, and men, being creatures of  habit, are drawn to games of chance.  As sex can be the greatest game of chance, Sex dice is actually a thing.  This dice game is intended to heighten the sexual atmosphere and promote foreplay. Instead of numbers, each face on the dice contains the name of a body part; the body part that faces up when the die is rolled must then be given sexual attention.
The Daily Princetonian suggests rolling sex dice to "break the ice and extend [one's] foreplay." The University Daily Kansan advises a roll of the sex dice for those who are not particularly limber (and therefore cannot try "new and inventive position[s]") as a means to "bring variety to [one's] bedroom romps."
Dorothy, even Kansas isn't Kansas anymore.   What is this strange world we have landed in?  Why are the men so short, and the monkeys so winged?  Freddie Patek played shortstop for Kansas.
And bedroom romps.  Was there much romping going on in 2020? Is anyone still romping?  God bless you if you are. Romping is to play or frolic in a lively or boisterous manner, while a romp goes back to the game theory and notes a definitive win.  2020 had few romps, as most everyone was obsessed with numbers, counting of numbers, recounts of numbers, fake numbers, real numbers, so many fucking numbers.  So much lucky, as I like to say.
Ready for a new roll?
Another game, shall we?