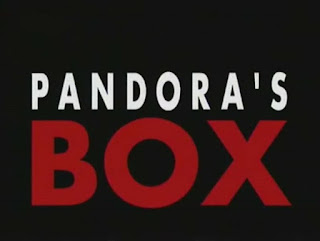 After coming home from a sumptuous meal and having my first glass of wine in 6 weeks, I slipped into bed, pulling the covers close to my head, and remarked to my wife, "I could have drunk the whole bottle or nothing at all."

I don’t remember the exact question that prompted my response.
Unfortunately, and I suppose predictably, this response opened up a Pandora’s Box Wine, uncorked a Pandora’s Bottle of Questions. It was an offhand response made with assistance of slight inebriation, but it begged a further elaboration.
As this conversation began just before sleep, I tried to defer the conversation, tried to table it until morning.

My comment was purposefully open and honest. I intentionally left myself open to over-interpretation, as well as open to criticism, confusion and judgement.  I didn't say that I wanted to drink the whole bottle, or that my body, mind, soul or inner demons demanded a full bottle.
After not drinking anything for 6 weeks, I wanted a drink, if for no other reason than to test myself.
Was my thirst unquenchable, or did I even desire the effect anymore?

Still, with my subconscious response, I had left an opening for a quick spousal drive-by.
Had I spilled out a sucker punchbowl of further grilling?

In the poster to the left for Pabst's Pandora's Box, we see clearly that the German title would more accurately be called The Bush of Pandora.
This crude translation calls for another box of Pandora's Wine.