The scream hides the hole

The scream hides the hole.  The time it takes to fall from vertical to prone is commensurate with the velocity of vodka enveloping vellum, a velvet balancing act performed by a chimp on a bike on a wire.  Not enough stitches to keep them all laughing.  It only hurts when they don't laugh.
And now the promise.  A promise that portends disaster that extends the laughter that contends with "after."  After  dark, a gradual lightening strikes.  The air is electric, waiting for another glass in the neighborly direction.
Still the violins pluck and nobody fucks, and everything is stuck. The scream covers the slit in the back of his head, now open for all to see.  Not much to see, keep it moving, nothing to see here folks.   A comic without jokes.  A drunk without a drink.  An empty glass.  A performer on hiatus.  Which is code, entertainment code for when nobody calls.
The phone works both ways, inside and outside.  Just like a glass ass.  Inside and outside.  Both sides shards hard now.  Jagged, the outside is distended, disfigured fixtures broken, unspoken, it figures, he is distant, disguise disliked, dizzy with an emptiness that burns.  Burns a big hole.  Inside and outside.  This buzz is for you.  Buzz me buzz me baby.  Who is it? Who is it?  The crowd chants, "Hide the hole."
Posted by dense milt at 10:10 PM

The stages of pandemic grief

THE STAGES OF PANDEMIC GRIEF In the stages of pandemic grief, I went from anger to fiction without stopping at denial. Or so I glibly r... 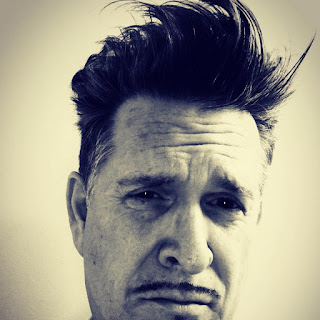