In the beginning was Milt, and it was Dense.

﻿
The other day I was downtown meeting my wife for lunch.  We decided to try out one of the many food trucks that now line the parking lanes ( the lanes that are not bike lanes) in our fair city.
We were about to cross the street when we saw on the other side some large signs being held by young men and women in their late teens or early 20's.
It was a Right to Life exhibition of the horrors of abortion, featuring the bloody remains of partially formed fetus upon fetus.

In short, a disgusting presentation right before lunch.  More disgusting was the fact that these young virginal childults with their minds made up.   The same philosophy that espouses the right to life, wants the right to kill those convicted of certain crimes, generally supports most wars, and has little sympathy for the children that actually do grow up, many in poverty, hungry, abused and unwanted.

Where does life begin?  In the twinkle of a father's eye?  A suggestive glance in a haze of booze inspired revelry? Or is the beginning of life simply a byproduct of romance, inspired by a lifetime of the Young and the Restless, Shades of Grey, and Harlequin?  Does life begin before the dirty deed or is life an assembly line, predetermined from cradle to the grave?

At one time people believed in Preformationism. This philosophical theory of heredity claimed that either the egg or the sperm (exactly which was a contentious issue) contained a complete preformed individual called a homunculus. Development was therefore a matter of enlarging this into a fully formed being.*
Does that mean that inside every load, the male of the species carry little versions of themselves?  Logically it is murder then everytime we pleasure ourselves in private.  No wonder it is called Little Death.

The term homunculus was later used in the discussion of conception and birth, Nicolas Hartsoeker discovered "animalcules" in the semen of humans and other animals. This was the beginning of spermists' theory, who held the belief that the sperm was in fact a "little man" (homunculus) that was placed inside a woman for growth into a child. *  In the beginning was Milt, and it was Dense.

This seemed to the Preformationists to neatly explain many of the mysteries of conception. It was later pointed out that if the sperm was a homunculus, identical in all but size to an adult, then the homunculus may have sperm of its own. *

This led to a reductio ad absurdum with a chain of homunculi "all the way down". This was not necessarily considered by spermists a fatal objection however, as it neatly explained how it was that "in Adam" all had sinned: the whole of humanity was already contained in his loins. The spermists' theory also failed to explain why children tend to resemble their mothers as well as their fathers, though some spermists believed that the growing homunculus assimilated maternal characteristics from the womb environment in which they grew.*Wikipedia: Homunculus

There are no guarantees.  We all have a shelf life.  Some ideas never hatch.  And some kids do not get to be born.  If there is a genuine concern or compassion for "life", then let us support the living. Let us ensure a "good" life for those lucky enough to be born.  Either that or start the persecution of men who want to jerk off.  After all, life starts completely formed in the milt.  After that, it gets murky, even dense. 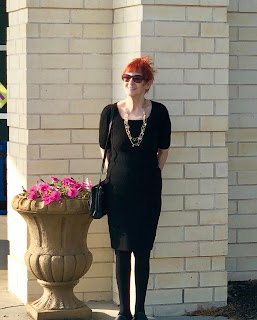