Decline of the Art of Cake-Baking 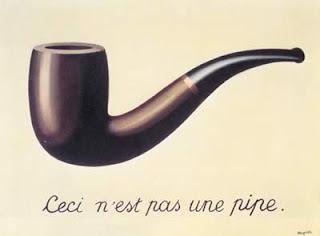 A terrific peal of laughter from the others was released by my "Decline of the Art of Cake-Baking." The matter was as follows: for a time giant, larger-than-lifesize cakes appeared to me. Like standing in front of a lofty mountain, the cakes were so gigantic that I could only see part of them. I launched into detailed descriptions of how such cakes were so consummate that it was not necessary to eat them, for they immediately stilled all appetite through the eyes. And this I called "vision bread" [Augenbrot, literally "eye bread"].  http://www.wbenjamin.org/protocol1.html#IX

Last night went to an opening for Rosmond Norbury, and was instructed in a good way by artist Cornelia Wyngaarden on the origins of the word Flaneur, leading me to read up on Walter Benjamin.  And we know, it is all about the Benjamins!
This great site http://www.wbenjamin.org/ has many of his writings available to read.  Drawn like the proverbial fly on the wall to ....I see that Benjamin and his fellow travellers in thought wrote a book On Hashish, about their experiences with the drug.

I particularly loved the idea of The Decline of the Art of Cake-Baking and "vision bread", as I have always said "we eat with our eyes", and "never eat anything bigger than your head".
If the way to a good man's heart is through his stomach, and your eyes are bigger than your stomach, and the eyes are the window to the soul, then close your eyes, dream of diets, and hug yourself, because life is full of crap and cruelty, and every good boy deserves fudge.
There.  I've finally said it.   It needed to be said, and I said it.
Posted by dense milt at 11:29 AM