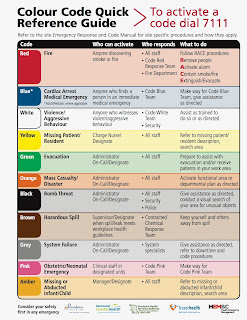 In the hospital after my triple bypass surgery. my journey began under the influence of anaesthesia, and I awoke in a narcotic dream state.  As I lay in the bed, the nurses, the kind angelic nurses, kept me sedated with more drugs.  As Rowland S Howard calls it, my narcotic lollipop lasted for about 5 days before they started to wean me.

After a few days I was able to get up out of bed, and with the support of a walker, make it as far a the bathroom.  In the bathroom, I would attempt to “return to normal”; but for a few more days, it was wishful thinking and waiting.

Back to bed I went, and the world went on without me. Voices, sounds, smells swirled around me, my only control and response was to receive.  The clock was a measure of the incremental day, now split into 12 to 24 micro days, broken up only by new medications, measurements of blood pressure, and needles in my stomach which left little bruises resembling moles.

Throughout the day and night, I would hear them announcing Code White.  As the chart explains, Code White is the code for a situation where a patient, or guest or complete stranger exhibits violent or aggressive behaviour.   Code white on level two, code white in emergency.  So many Code Whites.

One of the by-products of the pandemic has been an increase in violent or aggressive responses to situations. We feel thei pain, these weak links….we see the stress that is causing fractures in the social construct….we hear the mental timebombs exploding on the sidewalks, just like the young Dense Milt warned us about back in 1979.   Look at all the angry people, protesters,  Christians acting unchristian like, people taking their fears and paranoias out on others, living their lives and drama on the street, and in the grocery aisles, and the lineups for gas, and in the hospitals where we come to heal.

I tried to find current data on what I believe is a dramatic increase of violent and aggressive behaviours since the pandemic, but reporting has been replaced with emojis and memes.  We have so many platforms and so many ways to communicate. We are inundated  with too much sharing of information.  And yet, it’s not the kind information I was looking for, which is statistics on the increase in Code Whites in a hospital setting.

Have you experienced unnatural reactions from friends, been in situations with strangers that would lead you to believe that violent and aggressive behaviour are on the rise?   Life is stressed to the limits; look at the cracks in the dykes. There are leaks and water everywhere, rivers rising, more rain on the way, highways washed out,  drained lakes returning to the lake status of a hundred years earlier.

Drowning in natural disasters is a part of the scenery. Heat domes, cyclone bombs, atmospheric rivers.   But while these dramatic changes, events, disasters rain down on us, people are also suffering inside. We can see the effects of the psychological tsunami which is the pandemic.   Dear Mr. Cohen, cracks are not only where the light gets in.  Cracks are where the darkness is secreted.

Shooter situation in the schoolyard.

Code White is washing over us. We lie helpless in a metaphoric hospital bed, unable to move, unable to help , unable to understand what is going on around us,

Code White! I see a teenager with an automatic rifle on the roof.   It’s his birthday.

Code white! Customers fighting over gasoline and ground round.

Are we witnessing the collapse of society and the end of civility?  Is this the end of the world?

Do you feel fine?

Has the constant friction, the incessant scratching and the repetitive dark thoughts finally caused the already inflamed social stomach to violently heave the remnants of our poor diet choices?

As the acidity in the air increases, and the storm waters rise, and the gas runs out, and the food on the shelves disappears, will we have the strength to still be kind to one another?

When the safety nets, which have so many holes in them that they resemble sieves, start leaching microfibres along with micro aggressions, will we hold open the door for ladies, will we give up our seats on the bus for the pregnant mother, the disabled veteran, the weak, the sick, the poor?

Code White.  Is it no wonder that I can’t sleep?  Nurse! More painkillers!