Conspiracy Theory 101- "If wishes were horses, then children would ride pangolins" 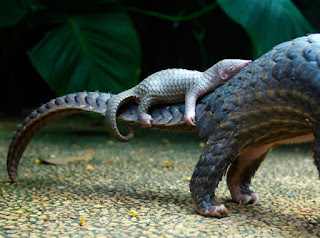 The internet was rocked today with rumors that Donald Trump was still alive.  After his sudden death in 2020, various conspiracy sites have claimed that Trump faked his own death, or at the least, his brain was being kept alive in a state of cryogenic arrest in a warehouse/ or tool shed, depending on the sources, in Florida.  These same sources, (thought to be funded by Venezuela) opine that Trump's Brain has been running the US for the past three years, which explain the frequents blackouts and mass-memory loss that have plagued Red States, since half their population was decimated in the Covid 19 pandemic.

President Pence discounts all of these rumors, saying "if wishes were horses, then children would ride pangolins".  Pence, just returned from a 6 day conversion therapy workshop, and he ordered the Pink House to be returned to it's original White, stating it was a momentary phase, he was just being "festive" and should not to be confused with actual government White Wash policy. Pence is facing intense criticism for selling the US educational system to Bill Gates in 2021 to fund obscure military initiatives.

Meanwhile Gates has his own issues, as his independent candidacy for President, is increasingly coming under attack after his merger with Apple, now called SoftApple.   SoftApple stock is surging with the introduction of the I-Truth, a truth revealing gel, disguised as a hand sanitizer.  Parents can't get enough of this stuff!

Gate's candidacy was propelled by his purchase of the education system.  Children, enrolled in what used to be called Public Education, are now given Gates Revalued Educational Truth Sterilization Kits (Youth) to increase scores and passing.   GRETSKY, as it is better known, has revolutionized education in the US.  Recent test scores have soared to new records, and officially, the US has emerged from what scientists term THE STUPID YEARS, to what is being called NOT QUITE AS STUPID YEARS.

Pence is facing a tough campaign year with Trump death deniers, Gates, and the dismal economy, which he inherited from the former President.  More than half of all registered Republicans were lost in what is now known as The Great Pandemic of 2020, when they refused to heed public health recommendations, and infection rates soared at the return of professional sports and Pearl Jam's unexpected fall tour in 2020.

Still, there is some gallows humor among the Remains, or what the Republicans are now called.  Democratic candidate Chelsea Clinton is still mired in a Tik Tok scandal, while Don Lemon's candidacy was given a boost yesterday with the endorsement of former Speaker Nancy Pelosi's Brain.