The Weird Uncle, the Anti-Social Media and why a hammer is sometimes the wrong tool for the job 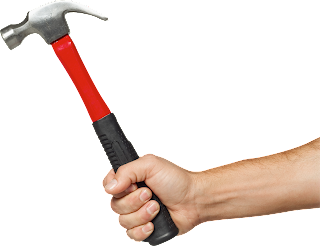 Facebook is ruled by the algorithms.  This is mysterious stuff these algorithms.  Big Brother stuff.   And the algorithms are not always right.  We can feel overwhelmed with the flaws in the algorithms, that paper our "walls" with negativity, politics (which is the same as negativity, as no one ever is in favour of anything any more.  We are only against it. )

Then there are the atrocities, which disgust us and make us feel human nature is a lost cause.  And then there are the band photos, selfies,  cats and cute dogs.   The sentimental crap that drowns us in Pinterest Pollyannes.

There are days when we say that we need to take a break from Facebook.  It is getting us down, it is making us angry. We announce we are taking a break with Facebook or shutting it down.   Five hours later, we are back on it.   Since we can carry it on our phone, it never leaves us.   We don't have to leave home to get it.   In the words of Karl Malden, don't leave home without it.  OK five people maybe got that reference.

So what is it with this social media that absorbs us and repels us in equal proportions?

We say want to be connected to our family and friends.  Really?  If we wanted connection, wouldn't it be better to just pick up the phone and use it like a phone and call the person and talk to them?  The phone is already out of our pockets, because we are using it as a mini-computer to go on Facebook.  So instead of calling, we "like" a post.  Maybe even give it a heart emoji, if a particular post touches us on a deeper superficial level.  Deep down, I'm very shallow.

The evil genius of the Facebook addiction, the FB time killer, the FB social disease, is the scrolling function.  We open up the app, and we can see  how many likes we have, we can see the comments that people have made on our posts.  To be on top of your "social media identity, or persona for those whose Facebook hardly resembles their real self, we need to do this.   We want to know the current pulse, what might we posted that struck a chord, which sarcastic comment of ours that might have elicited a response?

We scroll by, dazed and confused by the endless political diatribes, the online version of arguing at the dinner table with Weird Uncle or Racist Dad or Sentimental Sibling.
We get drawn into discussions we are not intellectually prepared for, but that does not matter.  Facebook is an egalitarian smorgasbord, with the emphasis on gas and bored. Two thumbs up!  Two thumbs down.  Everybody's opinion is relevant.   Except they are not.


OK another sore point.  Friends.  I have over 1200 friends on Facebook.  Many I do not even have a clue who they are.   I have forgotten how we are related, or connected, who was the Kevin Bacon in the BLT.   I could make a big deal, like some friends, of the annual "cull".  Worse than the wolf cull, is the FB Friend cull.   Thousands of "friends" culled every year.   Even worse is the Block, although you keep someone as a friend, and just filter them from your feed.  This is the online version of crossing the road, or ducking into a store when you see a "friend" coming in your direction, who you would rather not talk to today.   Getting into conversations with people who are also still connected to the Blocked, is a most interesting phenomena.  Getting half the conversation.  I have re-friended
people whose opinions piss me off just so I can understand the conversation better.

Sarcasm alert.  Sarcasm is a lost art.  It is pretty much dead.  Deader than the Friend Cull.  See what I just did there?   That was sarcasm.  Did you miss it?   Never mind, it was stupid, like many comments I make.  Like the two little morons standing on a cliff.  One fell off.  Why?  He was a little more-on.
Get it?  More on.  MORON!!!   This is a actually a trigger alert for some politically correct, as moron is probably not acceptable anymore.  Kind of like traveller's cheques.   See how I did that?   Bringing one reference around back to a previous one?

I have made many errors with the Facebook app.  I have posted many stupid statements, been advised by the responses of friends and family.  Normally I delete them myself, and try to destroy the evidence.  Keep in mind, sometimes evidence is harder to erase than you think.   There are people out there who have so much time on their hands, that they will "screenshot" posts comments if they think you may delete them.

Let's return to the hammer metaphor.  If FB is a tool, like a hammer, then sometimes I should quite using it when the situation calls for a wrench.  I should quit hitting my two thumbs up.  STOP THE VIOLENCE!!!!

Once I posted a picture of myself where I looked all beat up.  My wife said take that horrible picture down now.  Get it off the internet.   I took it down in about 20 minutes.   Months later, I googled my own name and "Images" on Google.   Sure enough, there was the same photo staring back at me.

So forget political office.  Way too many skeletons here.  Unless I block everyone.  But then I can't see the other half of the conversation.