As Above, So Below Me 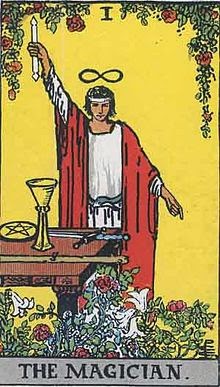 With my trusty God in my Hand (now running on less than 10% battery) I google this curiousity.  I am directed to sites that upon clicking, try to take me to places I do not want to go.  To sites that try to download, install or convert my God in Hand to their own nefarious devices.  Finally, I find the answers at answers.com.  Note to self: if I want to find myself, go to myself.com.  If you want to find God, go to god.com.  I digress.
And I confess that this post will mostly be about digressions, unless it will be about transgressions.  I transgress.

As in sleep, so as in thinking.  Blowjobs or BJs as they henceforth will be called to reduce my cramping of the wrists, and dulling of the fingertips, came from, I mean derive from either a) below jobs, as in As above, so below ( below contracting to express itself as blow); b) some deriviation on jazz flute studies; c) a crossover from gay culture, soldier culture, gun culture, i.e. Happiness is a Warm Gun; d) the Dutch - who besides being great cleaners, were of course the original traders, drawing links between sausages, pipes and "pippen", meaning trouser legs, or pipe-cleaners, meaning an act of someone cleaning the trouser legs with someone's tongue, or once again, playing the pipes as in fluted reverence, but not a reference to the Scots or bagpipes, because that is a tea bag of a different color; e) E is for e-commerce, ego, and the question on everyone's mind, which is to blow or to suck; f) a convoluted joke about Honolulu and Casablanca, the joke centering on the shape that the mouth makes when saying said words ( I know that all readers who are still with me here are now mouthing those words and realizing that there is a curl of the tongue with Honolulu and an opening of the throat with Casablanca; g) Casablanca - which the Masters of Film will debate as the best film of all time featuring Ingrid Bergman - who instructs us that a kiss is just a kiss, and the how-to is to put our lips together and blow ( and really, is that kind of kiss just a kiss?), and speaking of Kiss, we know that Gene Simmons is an asshole and that he has a long tongue, well, nevermind (Ass Above, Ass below) ; h) Casa blanca translates to White House, which Goes like a Building on Fire to Monica Lewinsky, Clinton and Cigars in the Oval Office (where were Nixon's surveillance tapes when we needed them?); i) if a morning wood falls in the forest, is it really a sound or more of a song?; j) Christopher Hitchen's article in Vanity Fair from 2006 As American as Apple Pie, which with the advance of the God in Hand apple device can now read As Apple as American Pie - all male writers now proceed to http://www.vanityfair.com/culture/features/2006/07/hitchens200607 ( please do come back, as the girls in France say); k) Hitchens takes us to Hermeticism and the phrase As Above, So Below, now reconstructed as As Above the Belt, so Below the Belt; l) Hermeticism taking us to The Magician and the tarot, which is good fortune and there is no better fortune than a BJ in the morning; m) This Morning Wood  is brought to you by the Letter M as in mmmmm, or M&M (melts in your mouth not in your hand) or Mickey Mouth (famous Vietnamese hooker during War we would all rather forget); n) Nabokov who remarks," Knowing the magic and might of her own soft mouth, she managed....." (you don't think I am going to quote the whole book now do you?);  O) which is a story in and of itself, in fact for the dense out there, is called The Story of O, and o) also now being an emoticon that we can all get our mouths and minds around; p) everyone needs a p especially in the morning; q) if you are minding your p's, you better not forget your q's ; r) Arr, R, the original raw, rah-rah reference point, as in doing it in the raw (all the boys on the football team loved her, cause she was so very hard to beat, they all loved and respected her, but she thought of them as raw meat- rah rah rah meat, rah rah rah meat ( dense milt lyric from god knows when); s) for sibilant, the s sound hisses and herrs, it purrs and it sucks (but does it blow?); t) is the cross, is the trinity As Above, So Below evoking a lifetime of priests prostrating themselves and their supplicants, in the beginning was the Word, and the word was good, and the word was Blow (as in blow me down, matey/ shiver me timbers, I said Timber as the morning wood fell, no Tim-bits here, just a Double Double); u) how can we talk about BJs without talking about u?  ; v) V is so  very very close to VJ which was not the day the Japanese surrendered but surely or Shirley the day I surrendered to Shirley in the booth in the back in the corner in the dark; w) Who,What,Where and Why? sounding like a law firm, or an invitation to a philosophical discussion featuring the former President of the United States, Dollar Bill and his dear wife, the former Miss Rodham (I am sure he calls her that in the privacy of their surveillance); x) XXX- the original Deep Throat - apparently it all is related to breathing out to relax the back of the throat, hence the "blowing"; y) If after going through the whole alphabet you are going to ask me Y?, then you should be checking your Facebook and cleaning your bathroom, or taking out the evening's trash in the morning; z) Zzzzz's- if I had got enough of the zzzz's, I wouldn't have awakened and would not have had the thought pop up in my mind of what is the origin of the word(s) blow job, and none of this would have happened, it would all have been a dream, a horrible horrible dream, well maybe not so horrible, but definitely damp, in fact almost wet that dream was, and what a dream that wet dream was, and Fuzzy Wuzzy wasn't Fuzzy, was he?
Posted by dense milt at 10:07 AM