Teach your children well. Their father’s hell did slowly go by. 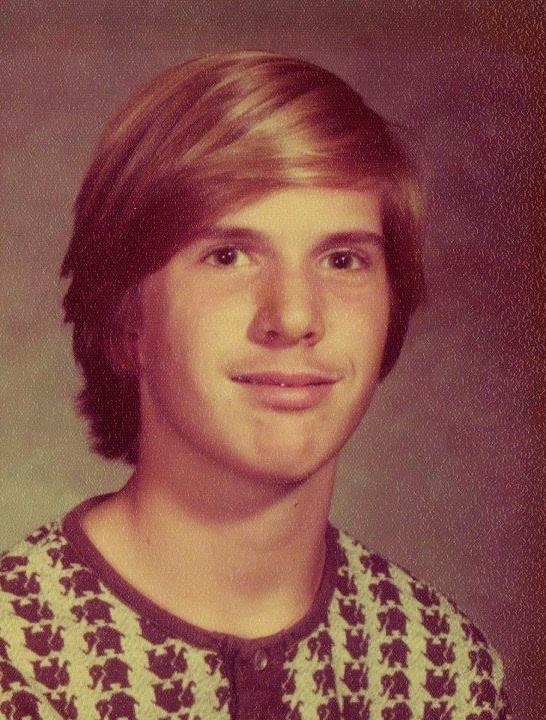 You, who are on the road must have a code that you can live by.
And so become yourself because the past is just a good bye.
Teach your children well, their father's hell did slowly go by,
And feed them on your dreams, the one they fix, the one you'll know by.
Don't you ever ask them why, if they told you, you would cry,
So just look at them and sigh and know they love you.

And you, of the tender years can't know the fears that your elders grew by,
And so please help them with your youth, they seek the truth before they can die.
Teach your parents well, their children's hell will slowly go by,
And feed them on your dreams, the one they fix, the one you'll know by.
Don't you ever ask them why, if they told you, you would cry,
So just look at them and sigh and know they love you.

Grade one was Mrs. Lake- tall, kind. My mother sent there with measles.

Grade two was Mrs. Wright- Dennis will not need penmanship- he will have a secretary.

Grade three was Miss Haynes- silver hair battle axe to be feared.  Was actually very nice, except when I was caught with my brother’s Playboy calendar.

Grade four we got Miss Alleman- Large woman for a young lad in a new town.

Grade five my first male teacher Mr. Cokely- read beautifully Jack London’s Call of the Wild.  I remember his short sleeve white shirt and narrow black tie.  Also he was a sadist, arranging the children’s desk in order of perceived intelligence.  I was in the second seat, behind Sally Odd.  He was also the first teacher to send me to the library to read, which is what they did when having to teach down to the class medium.  My band teacher was Hampton Wines.  Great name.

Grade six a cigarette smoking lady named Mrs. Birkland- We knew that when we got to grade seven the older boys would call us homos.  We didn’t know what that was. Mrs. Birkland told us that it was not good to make fun of homosexuals. They were just people who want to be loved like you.  There was a special class for the kids who were mentally retarded, autistic etc.  This was the first year for that.

Grade seven was year one of Junior High and more than one teacher.  My favorite teacher was Mr. Green.  He greased his hair, wore the short sleeve white shirts, but talk us about politics.  Band with Mr. Iles, Choral with Mr. Marin.  When Mr. Marin left the school to sell real estate, the girls sang To Sir with Love, and cried.

Grade eight was a joint social studies and environmental science class.  Also a funny science teacher name Mr. Hamm.  He would say the chirds are burping, and I resemble that remark, and other corny lines I have since made my own.

Grade nine we had Miss Yule.  She was hot.  Can’t even remember what she taught.  Miss Donaldson taught Oceanography where we dissected sharks. That made the hall smell bad for a week.

Grade ten was my first year of high school in the US and Canada.   I went to Aloha for about a month.
It was a modern school without bells.  We moved back to Canada.  Not just anywhere in Canada.  West Vancouver in those days was a pseudo British hell, where teachers like Mr. Donaldson stormed around and hit kids with his ruler.  Mr. Callow, who later was dismissed for incompetence, taught me the important lesson in politics and history- follow the money.
Mr. Callow was also called Bonehead. One day, the kids next to me threw a desk out the window of the fourth story of Hillside Secondary.  Our English teacher was a German lady who had her back turned and did not notice a desk going out the window.   Mr. Callow had the room below. He came upstairs and bursting into the room,  demanded to know what had happened and who was responsible for throwing a desk out the window.  The German English teacher, whose name escapes me, said," Dennis- did you see a desk go out the window? "  Not wanting to be fink in my new school, where I was already ostracized as "the American",  I replied no, I did not.
She said, "Well Mr. Callow, there you have it.  A desk did not go out the window, because my students do not lie. "

Most useful class I ever took was Typing 10 with Mr. Taylor, the Vice Principal.  I got a C+, my lowest grade in school, but learned the most valuable skills.

Grade eleven we moved to Steveston, home of the Packers and whose principal was Dal Richards brother.
On my first day to school,  I was walking along Steveston Highway, and go splashed by a giant wave. I was soaked from head to toe.   Memorable teachers included Vern Simpson, the graphics teacher.  He was the sculpter  that did Gassy Jask in Gastown.  Also Mr. Clarke, our Drama teacher.  I was either the star actor or a drama suck, depending on which side of the Jocks, Greasers, or Nerds you were on.
We also had a math teacher, Mr. Kagetsu, who wrote his name on the board.  Ka- Get- Su.  Then he wrote, HARD WORK MAKES A HAPPY PERSON.   We laughed, but he may have had the last laugh.

Grade twelve more wasting of time, plotting against the jocks, who go so tired of our upstaging of the teacher in History, that they threw a desk at me.  Our group was split up and transferred to a different time period.   Ms. Morris (now they were Ms) was the art teacher and English teacher.  She basically said, go to the library and read for the semester, you are going to get an A anyway.  Write me a book report every week.  I played Charly in Flowers for Algernon, beginning a long career of playing morons who turn into geniuses and back again.

Teachers were very important.  The good ones even more important.  And there were many good ones.
I would have to say that teachers and education was one of the more influential forces in my life.

I was never influenced positively by any politician, except perhaps Jessica Van der Veen for her performance in the lawyers meeting with Starbucks on behalf of the Manhattan Co-op. We walked into this board room of leather and rosewood, and she placed a cassette player with attached microphone on the table.   "You don't mind if I record this , do you?"
The Vice President of Starbucks ( who was trying to get seating in the courtyard of the Manhattan) was nonplussed.  He stammered.  He relented.  And in the end, we triumphed.
I asked Jessica if she got it all down.
She said, there never was a tape in the machine.
Politicians.