Nancy With The Smiling Face

Nancy Sinatra has a new album!  It is a new musical work called SHIFTING GEARS,  a collection of previously unreleased songs.
There is a special cheese to this collection.  She starts off with As Time Goes By, there are two Neil Diamond songs; she kills us softly with his song, hangs out in MacArthur Park, and a song for Christmas.
Like Claudine Longet, she is a bigger star than her voice might suggest, but there is a character to that same voice.  There is a believability, a casual cool, a 60's-70's languor that slides down like fine Spanish Brandy.  It is instantly warming, a slight fire around the edge of the tongue,  a soft gooey centre.
You see her old man in her eyes, the cheekbones.  There is a confidence to the voice, "We know she believes and how". 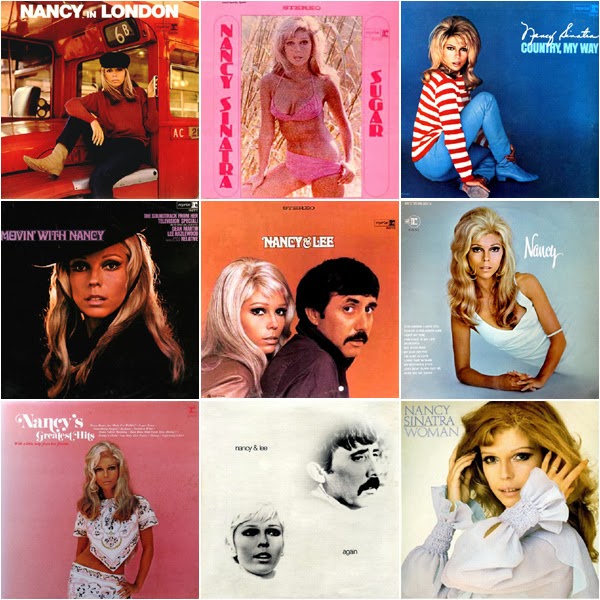 She is a Sinatra. I do think she will find the recipe, despite her protestations.  I would melt through the dark if she left my cake out in the rain.
Oh NO!!!