Icebergs on the Seas of Possibility 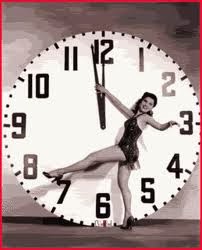 In 1975, Patti Smith spoke of  the“seas of possibilities,” imploring us to“seize the possibility”.

In 1976 Richard Hell articulated his concept that he called The Blank Generation.

He envisioned this term, not as a nihilistic summation, but instead as a realization of potential, Do It Yourself, as opposed to waiting for someone else to do it.

Following the lead of these two visionaries, Dense Milt was reinvented as a performer.  Hell and Smith (what a great name for a law firm) may have provided the concept that became my creative license, but it was my own license that allowed me to drive on the new roads built by this community of outsiders.

In a similar vein,  a concept in business emerged around 1990 called “seizing the white space.”

A company may look to exploit their “white space”, which is defined as when we move far beyond core competencies into uncharted territory -- into the white space.

Some companies miss out on capitalizing on opportunities when the opportunities did not fit within their preconceptions of what they do well.   One needs to look no further than the contrasting stories of Apple and Kodak to see how we must escape our self-imposed constrictions.

We either think outside the box or climb within the box and start piling on the dirt.

To realize new value(s), we must first recognize what it is that we are doing well.
But what to do when our recognition is defined by what we see in the mirror, and not what we or others can see within.

Perhaps we should explore the iceberg metaphor on this sea of possibilities.

The iceberg metaphor is defined by the empirical fact that what rises above the surface of the water is only a fraction of the iceberg that is submerged below the water’s surface.
We see visually what is above, while the iceberg below remains hidden, unknowable and therefore frightening.

What is it that fuels our perception of the unknown as something to fear?

What if we were to view the unknown as a blank page, a palette waiting for our brushstrokes, a song waiting to be sung?

What if we could see the unknown as something discoverable, and not threatening?

So what separates the ice?

The surface of the water.  Yet ice is also water, just in a frozen state.

If the temperature above the water or below the water rises, more of the iceberg becomes water.

So another factor in transformation is heat, the atmosphere and the relative temperature of the water.

Both the temperature of the air and the water can affect how fast or how much of the ice  melts.

If we apply the iceberg metaphor back to human potential, we see that what lies below the surface is our potential.
This potential is hidden, unknown and frozen in time.  This potential houses all of our fears, unknown dangers, and obstacles.

But it also contains seas of possibilities, discovery, magic, and new ways of thinking and being.

So release the potential.
Turn up the heat, raise the temperature.
Both inside you
and around you.

When Looking For Angels, Start with the Mirror